Pompous as it sounds, Peter has never feel more alive than when he is painting on the streets of places like London and India. He never knows what he’s going to paint until he gets there and even then the landscape changes in front of him. Every day is an adventure in a small way. Peter does paint interiors and draws the kids from time to time but he has to be in front of his subject. The challenge for me is translating that 3d space full of noise, smell, colour and atmosphere and freezing it on a canvas.

Peter works directly from life, be it in his home town of Bath, London, India, Spain, France and wherever his travels take him which is how he earned the nickname “Pete the Street”. He works in Oil either on canvas board or paper and also Charcoal. His works range from 6 x 8 inches up to 60 x 80 inches. They are sometimes executed in one sitting but often he returns to the same spot at the same time of day and similar weather for as many goes as it takes. He works through all the seasons and in all weathers relishing the opportunities snow and rain offer as much as the heat of India or the sharp bright light of Spain. He refuses to use photographic reference.

His exhibitions are usually accompanied by publications cataloguing his experiences while working through his diary extracts. 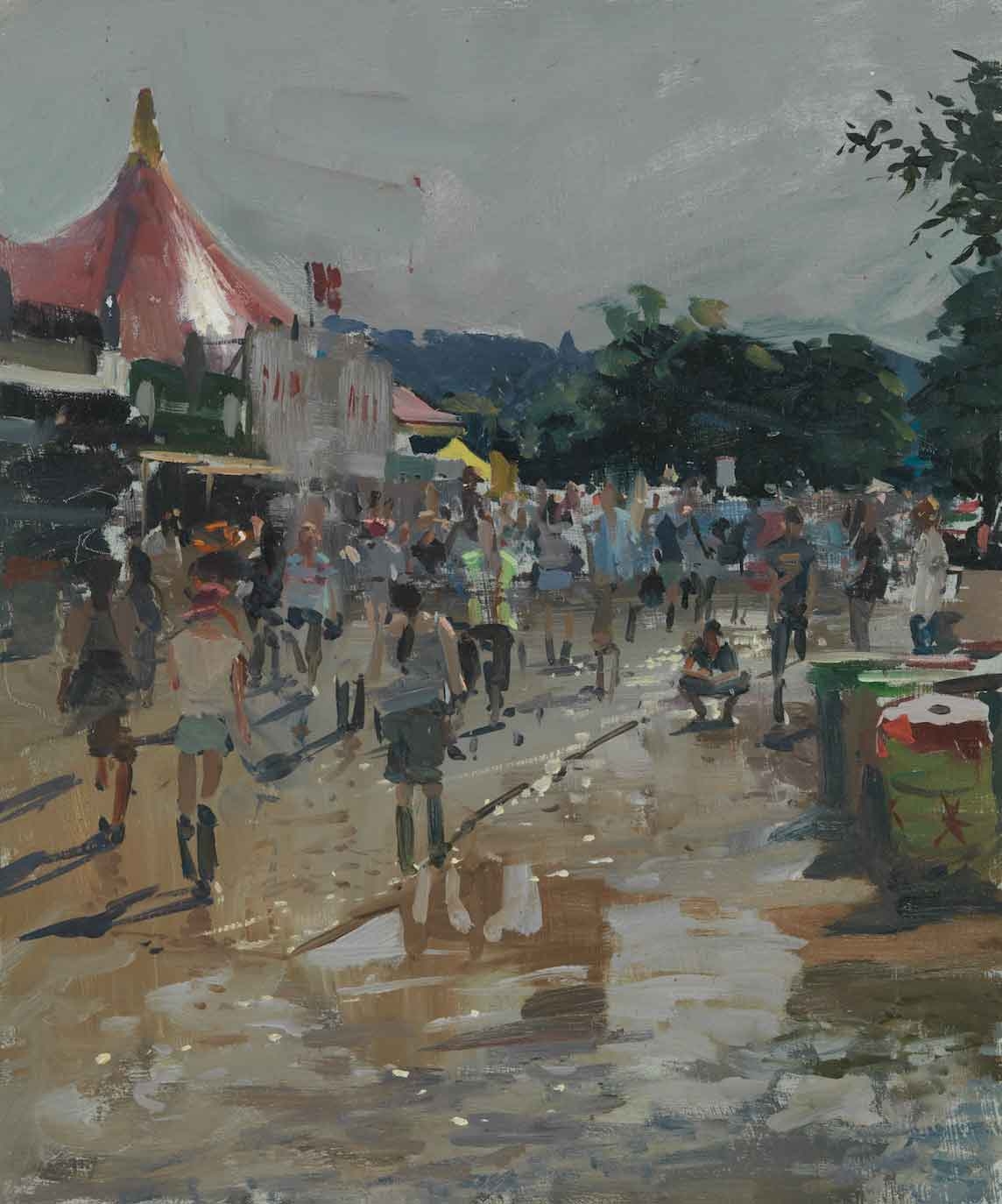 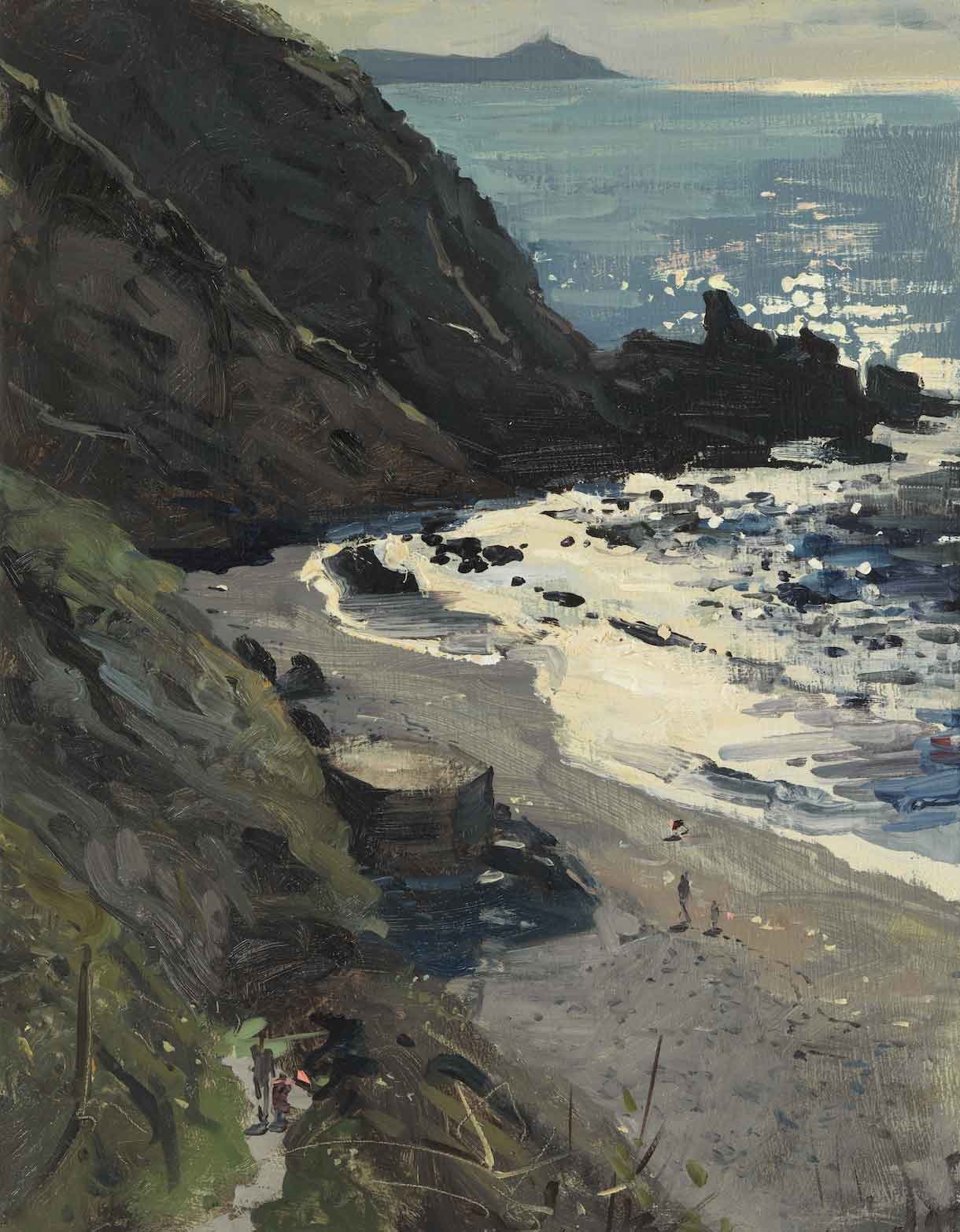 Finnygook beach from the cafe 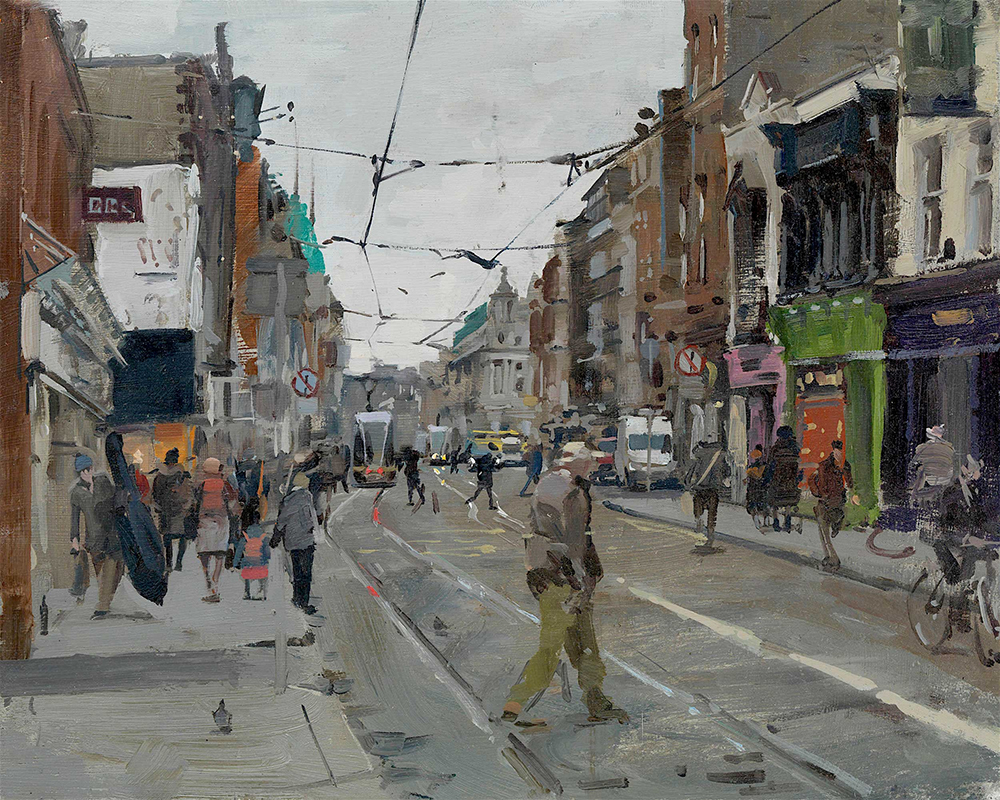