Fred is an accomplished artist whose knowledge of his native East Anglia often appears as the subject matter of his paintings. He is a Member of The Royal Institute of Oil Painters and was its President 1995 to 1997; in January 1998 he was elected a Fellow of The Institute. He is an Honorary Artist Member of The Royal Institute of Painters in Watercolours and an Honorary Member of The Royal Society of British Artists. He is also a member of the renowned Wapping Group of Artists and he is a Liveryman of the Worshipful Company of Painter-Stainers. In October 2009 he was elected a Member of the Royal Society of Marine Artists.

He exhibits regularly at the Mall Galleries in London and was the 1995 winner of the ROI Alan Gourley Memorial Prize for an outstanding painter and was awarded the Le Clerc Fowle gold medal in 2002. In 2006 he was awarded the Dartington Crystal Chalice for outstanding contribution and service to the Royal Institute of Oil Painters. His work has been shown at many galleries in London and the Provinces. After a very successful business career it was always an ambition to develop his artistic talent. Upon retiring 20 years ago, he actively pursued art as a self-taught artist. He has frequently given art demonstrations and was previously the Treasurer and President of the Royal Institute of Oil Painters.

Fred also exhibits annually with the Royal Societies of which he is a member, exhibiting with The Wapping Group of Artists and individual showings at numerous galleries in the Provinces. 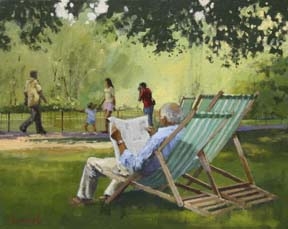 Summer in the slow lane 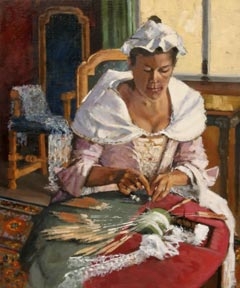 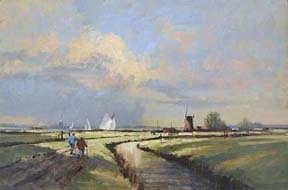 Sunlight after the storm 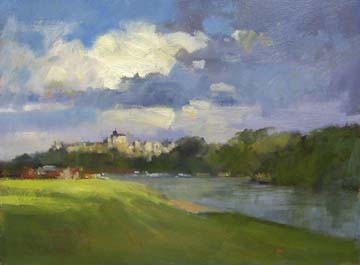 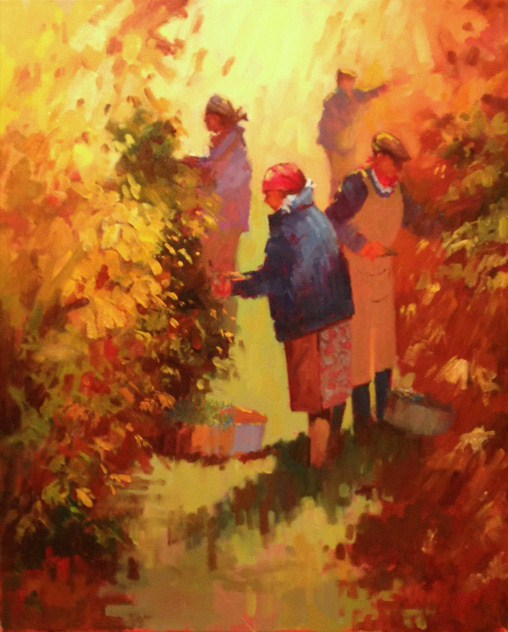 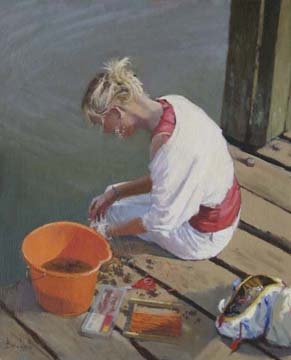