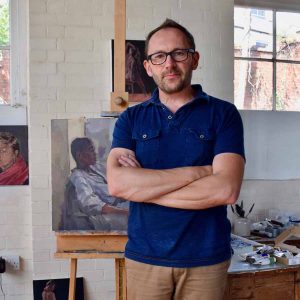 Greg studied illustration at St Martins School of Art and worked as an editorial illustrator in London in the 1980s before swapping this for a career in the fashion industry – travelling the world as an art director and working with some of the worlds top beauty brands.

‘Twelve years ago, having achieved everything I wanted in the fashion world, I realised I wanted to be creative for myself and not just for others, so I set up a studio and began painting – it was the best decision I ever made.’

Today, Greg is an Academician with the South West Academy of Art, the Professional Oil Painting Ambassador for Cass Art and you may have seen him on Sky Arts Portrait and Landscape Artist of the Year TV shows – where he was a finalist.

Greg’s work seeks to capture a sense of energy or a nuance of relationship between light, colour and texture, creating atmospheric works that are visually and technically striking whilst holding a deeper narrative.

‘When I first exhibited with the ROI in 2016, it was such a special moment… to see my work hanging in the Mall Galleries, surrounded by artists I admired working at the top of their game. Now to be selected by those same artists to join them as an associate at the ROI is a real honour and a dream come true.’ 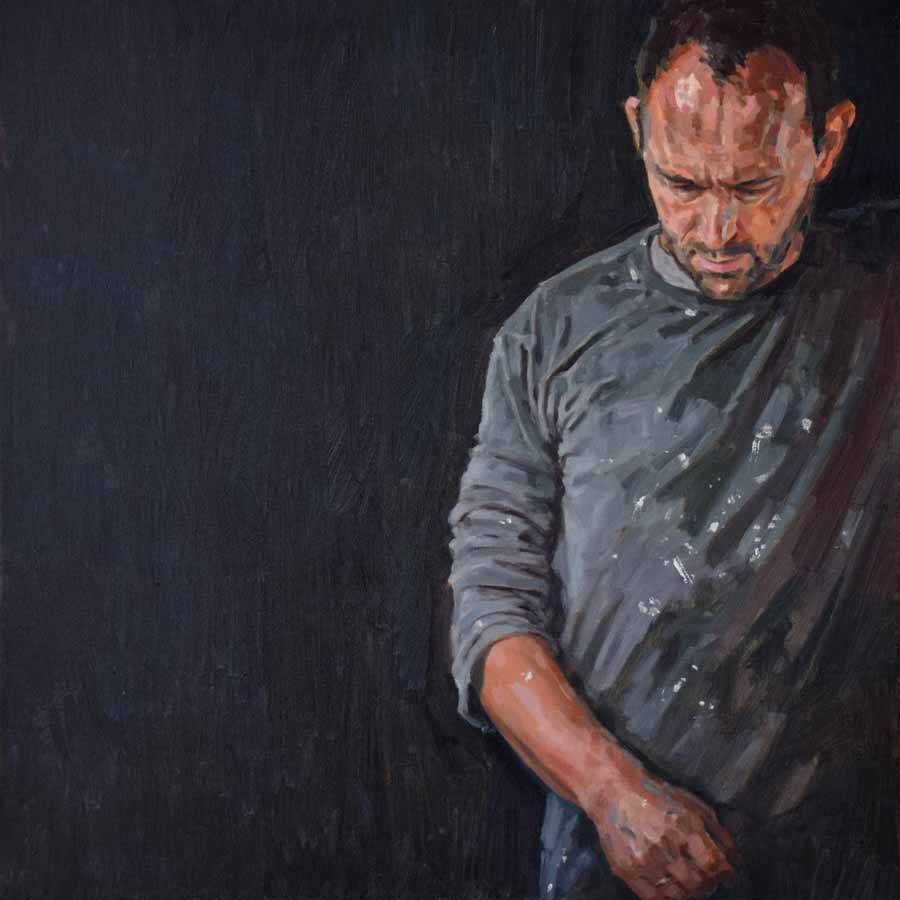 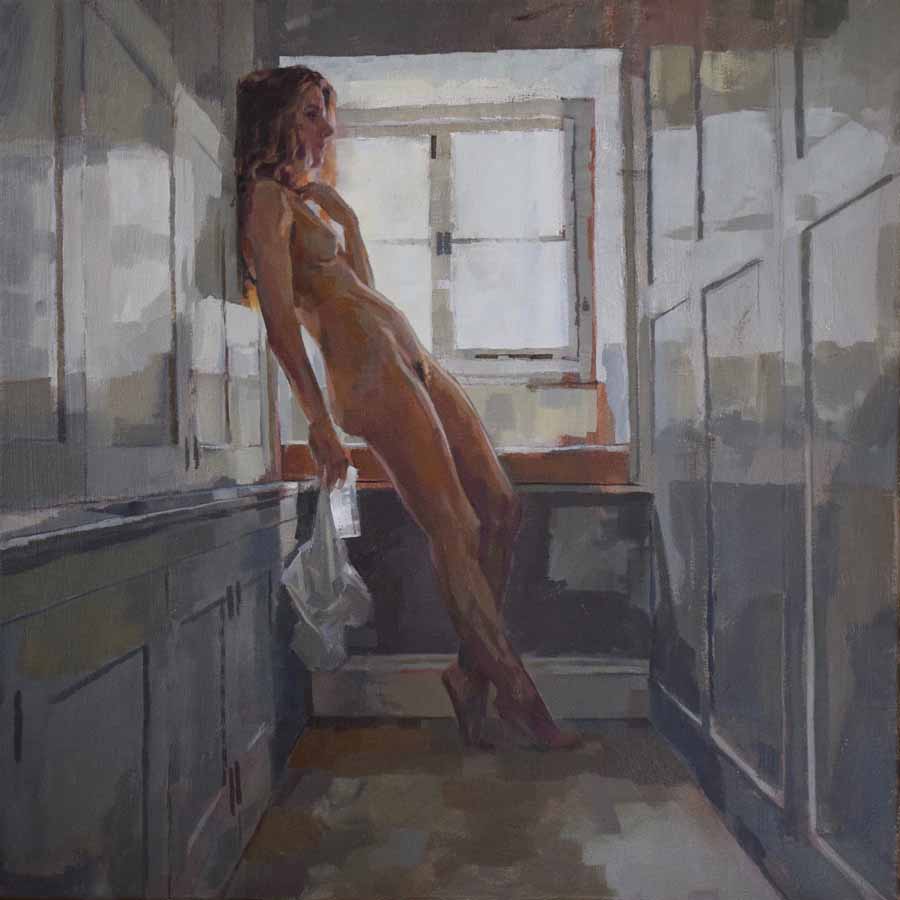 Haven't a thing to wear 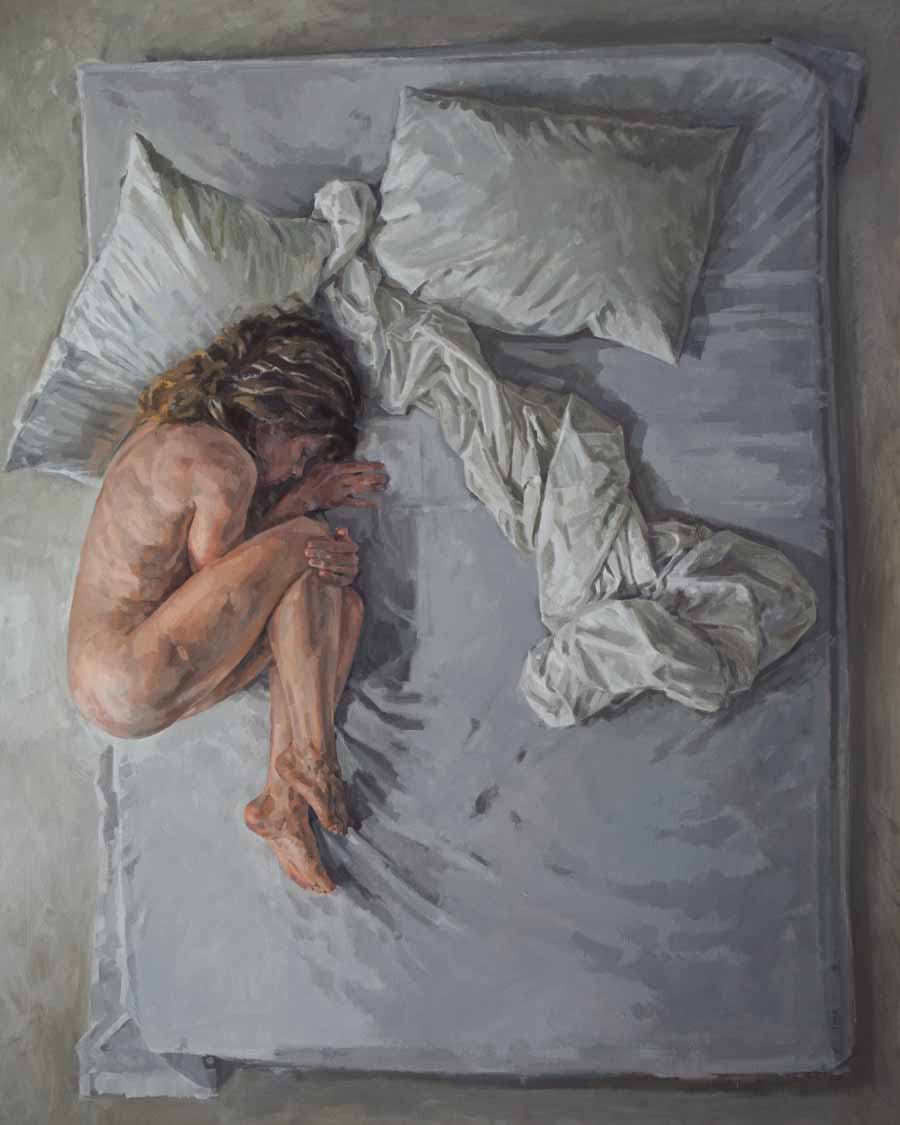 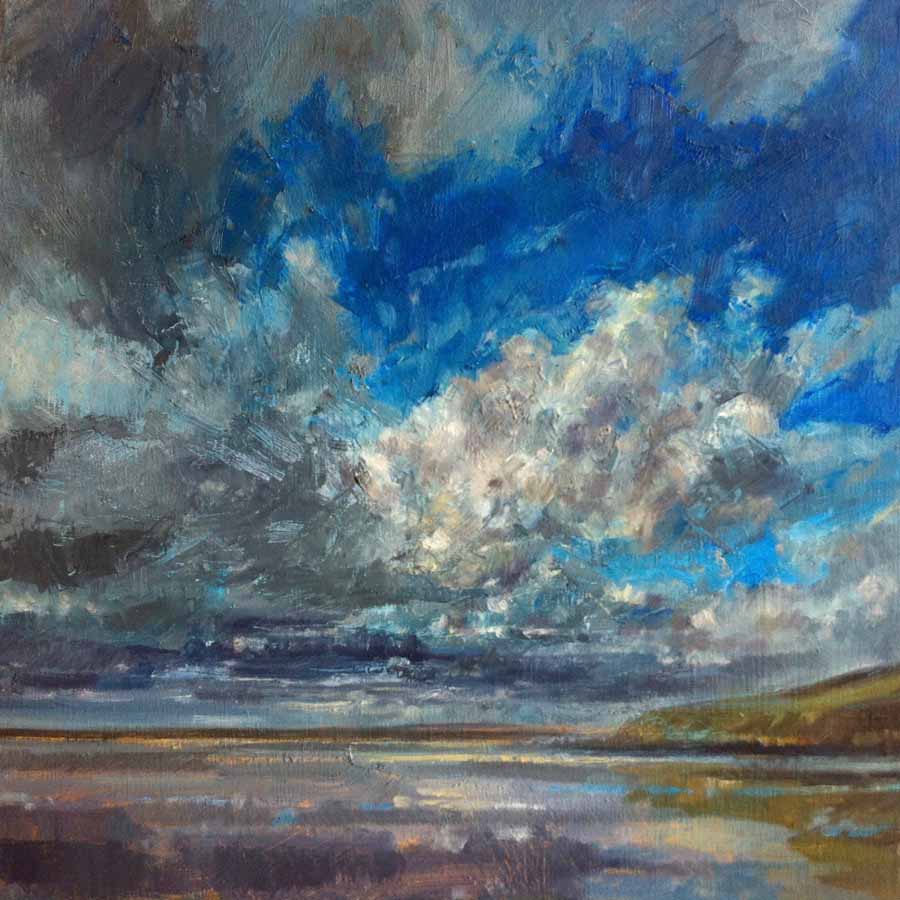 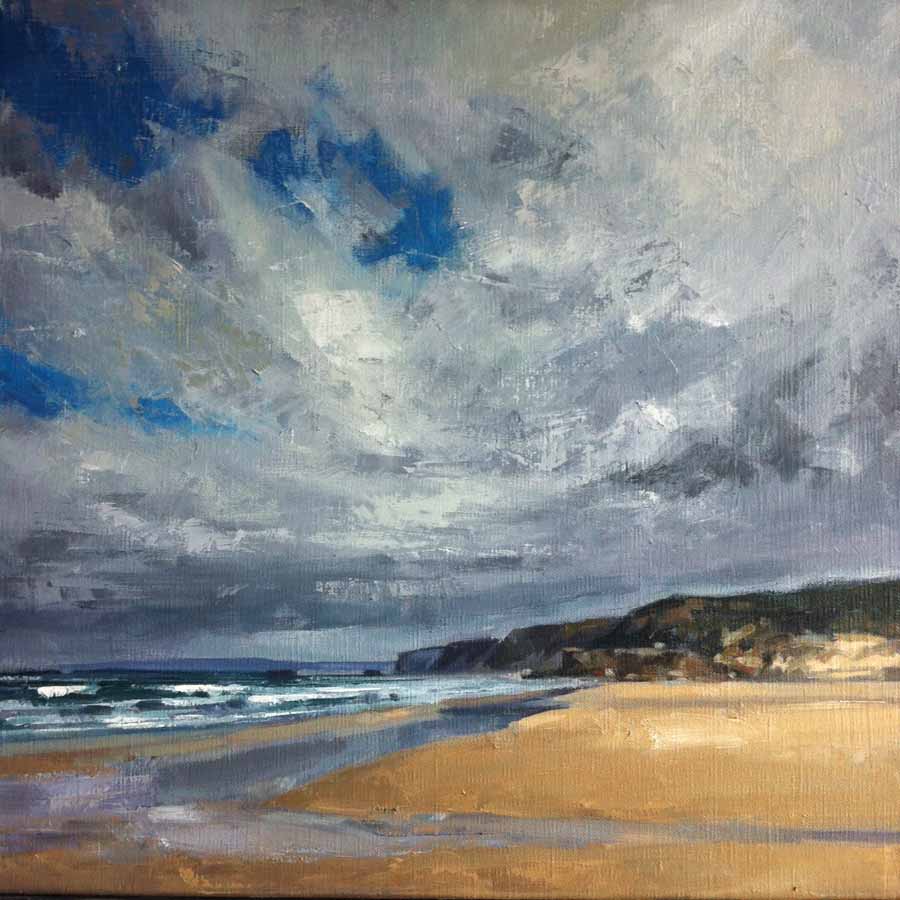 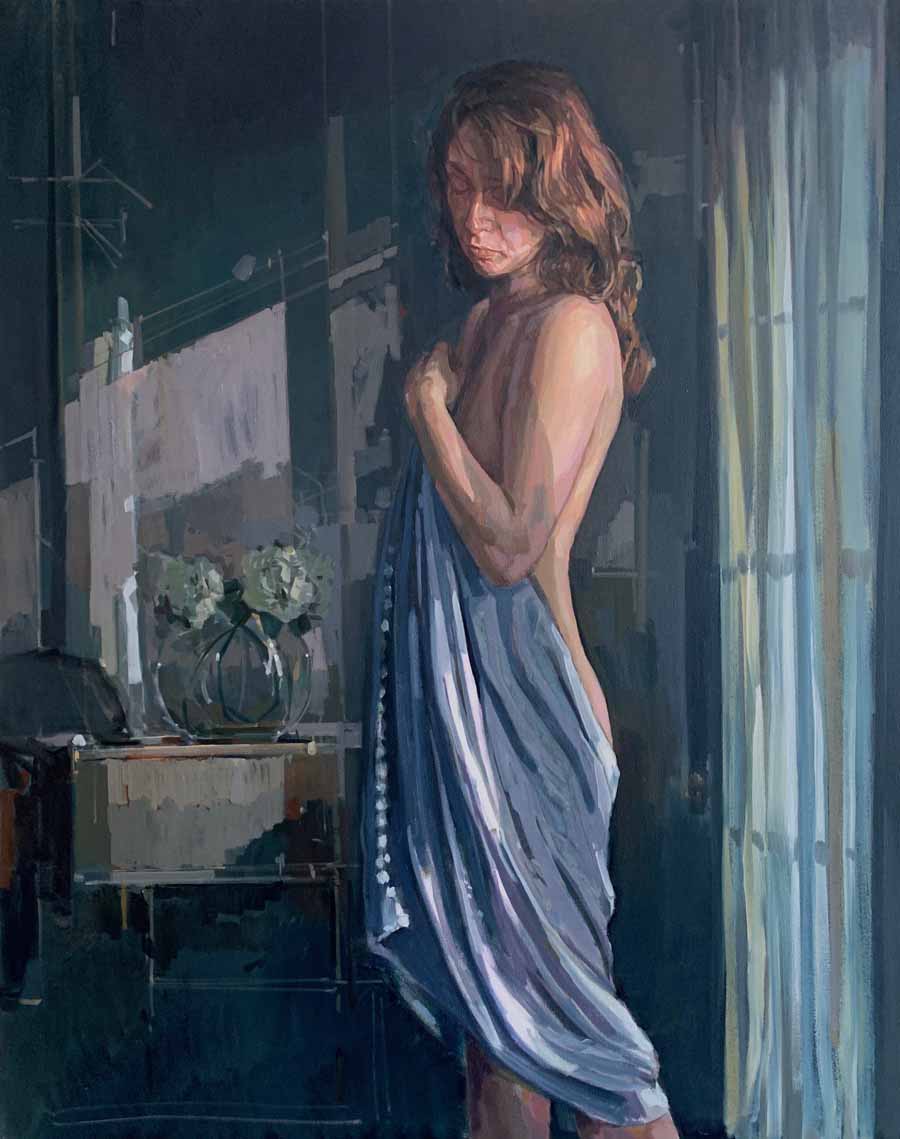 Holding on to Sunday

Wrapped up in the moment 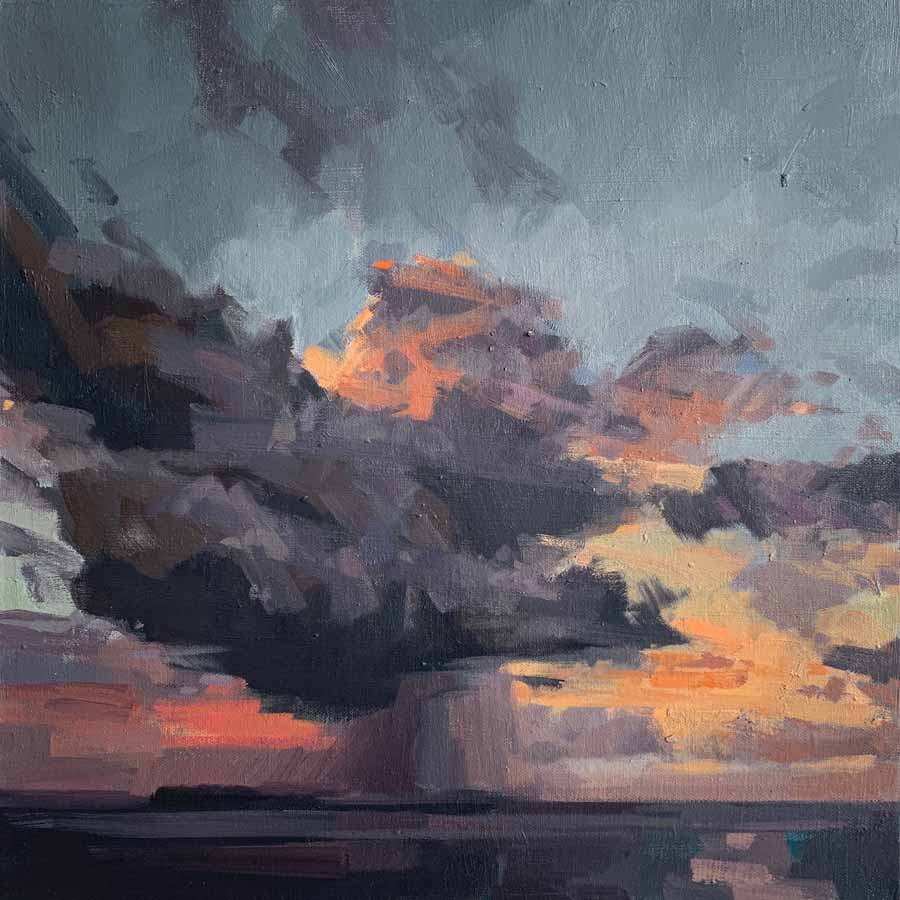 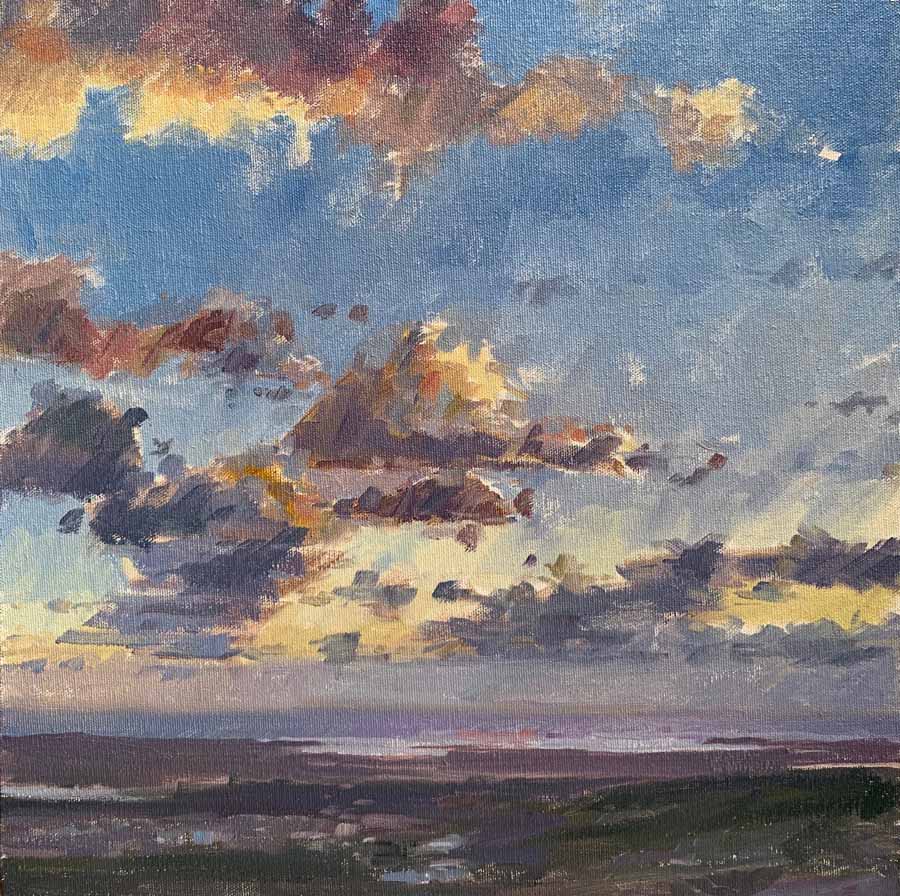 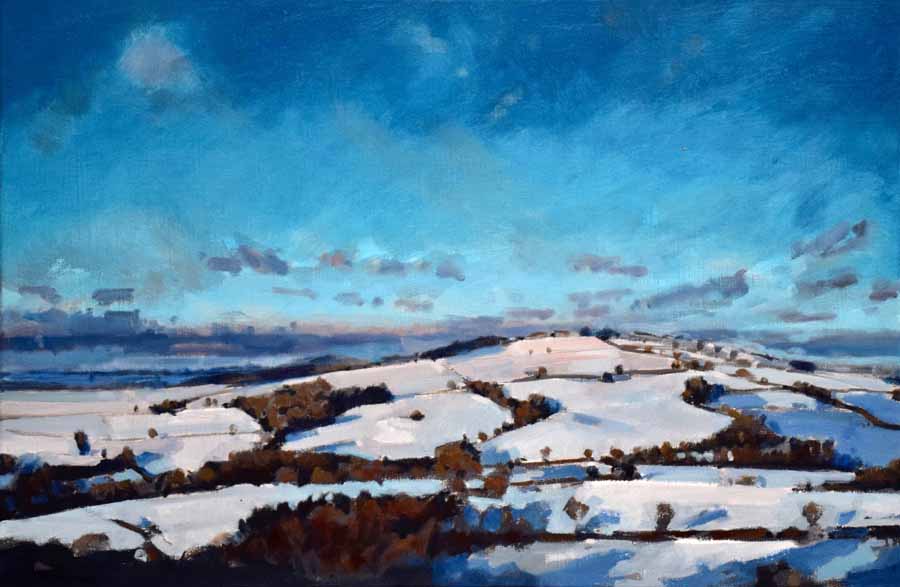