A painter of landscapes, marines, townscapes and interiors in oils, Ken Howard was educated at Kilburn Grammar School between 1944 and 1949, and on leaving school he studied at Hornsey College of Art between 1949 and 1953 where his tutors included Robert Buhler RA and Rodney Burn RA. Then, after completing his National Service with the Royal Marines, he returned to study at the Royal College of Art from 1955 to 1958, winning a British Council Scholarship to Florence from 1958 to 1959.

Ken Howard’s first solo show was held at the Plymouth Art Centre in 1955 and since then he has exhibited regularly, both nationally and internationally, particularly at the New Grafton Gallery in London. He was given a retrospective at the Plymouth City Art Gallery in 1972, and the following year he was appointed by the Imperial War Museum as official artist with the British Army in Northern Ireland. He continued in this role until around 1980 during which time he worked alongside the British Army in many other countries, including Germany, Cyprus, Oman, Hong Kong, Nepal, Norway, Canada, Belize and Brunei.

Ken Howard was elected a member of the New English Art Club in 1962, the Royal Institute of Oil Painters in 1966, the Royal Society of Painters in Watercolours in 1979, the Royal West of England Academy 1981, Honorary Member of the Royal Society of British Artists in 1988, Royal Academician in 1991 and President of the New English Art Club in 1998. Among his numerous awards are First Prize in the Lord Mayor’s Art Award in 1966, a Prize Winner in the John Moores Exhibition, Liverpool in 1978, first prize in the Hunting Group Awards and the Critics Prize at Sparkasse Karlsruhe in 1985.

Ken Howard paints landscapes, marines, beach scenes, townscapes, interiors, but has become best known for his glorious, cluttered, sunlit studio paintings with nudes, painted in his large London studio at 8 South Boulton Gardens [originally the studio of Sir William Orpen (1878-1931)] or in his impressive studio in Mousehole, Cornwall. His sparkling views of Venice and busy Cornish beaches are also popular and his tonally controlled paintings in muted colours reveal his interest in the way light defines form. He is equally adept in the use of oils and watercolours, but oils seem to be his favourite media.

Ken Howard has become one of the most popular artists painting today, and his contributions to the Summer Exhibition at the Royal Academy are always amongst the first to sell. He also plays a very active role in supporting his fellow artists. In addition to his role as President of the New English Art Club, he is also on the Council and various committees of the Royal Academy and a keen supporter of the Artist’s General Benevolent Fund. Paintings by Ken Howard can be found in many public collections including The National Army Museum, The Imperial War Museum and the Guildhall Art Gallery, London. Ken Howard lives and works in London. 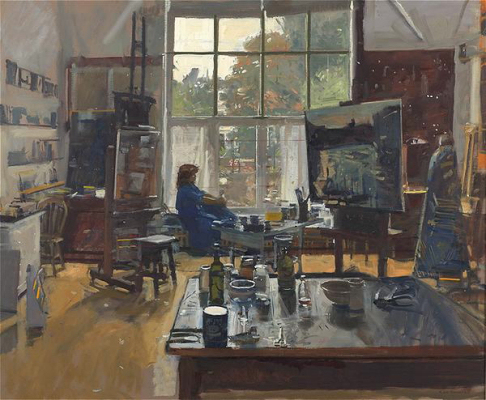 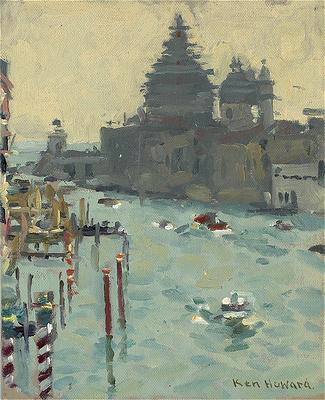 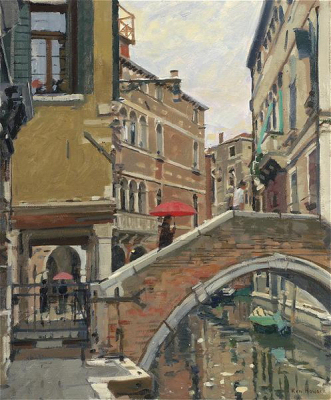 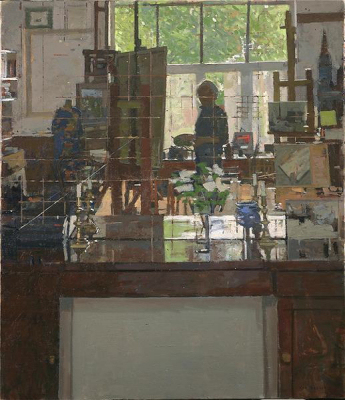 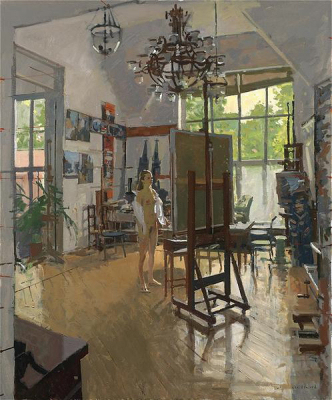 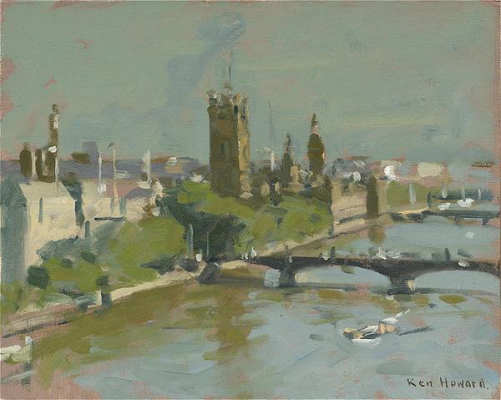