Born in 1969, Michael John Ashcroft grew up in a small village called Croston in the heart of Lancashire.  After leaving school in 1985 he began his career as an engineer, painting and sketching only in his spare time.  In 1998 he had a major operation to remove a brain tumour and decided to paint more seriously.  He returned back to college and completed numerous classes including A- level fine.

His paintings have evolved over the years from early abstract acrylics to using oils and more representational works painted on location. The foundations that underpin his paintings hasn’t changed and that is his fascination with light and dark and his love for the city and the landscape. David Lee (art critic) quoted:

‘There are no secrets in what he does. Being open and honest he tells you directly through his pictures where his interests lie. We don’t have to be told by experts the meaning of his work because they are self-evident – we can see them for ourselves. In his landscapes as well as his views of the city, he wi­llingly lays bare his pleasures and beliefs. You can’t ask more of any artist than this. He is a worthy heir of those in the great tradition of Lancashire painters’.

Michael is a member of the Manchester Academy of Fine Arts and has exhibited in The Royal Institute of Oil Painters, Royal Society of British Artists, The New English Art Club, The Howard De Walden Exhibition and The Royal Academy Summer Exhibition in London. 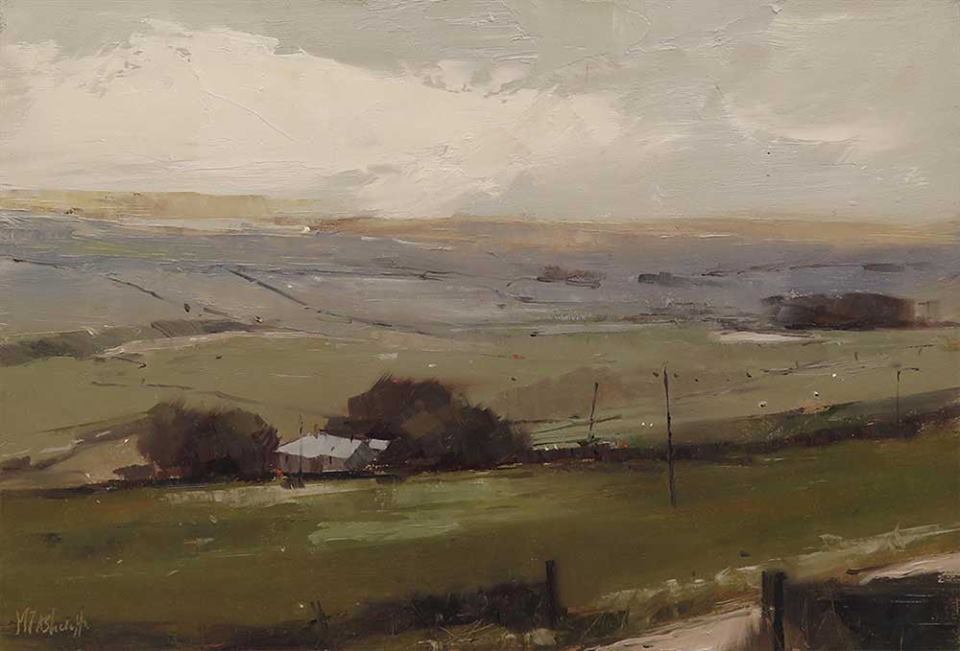 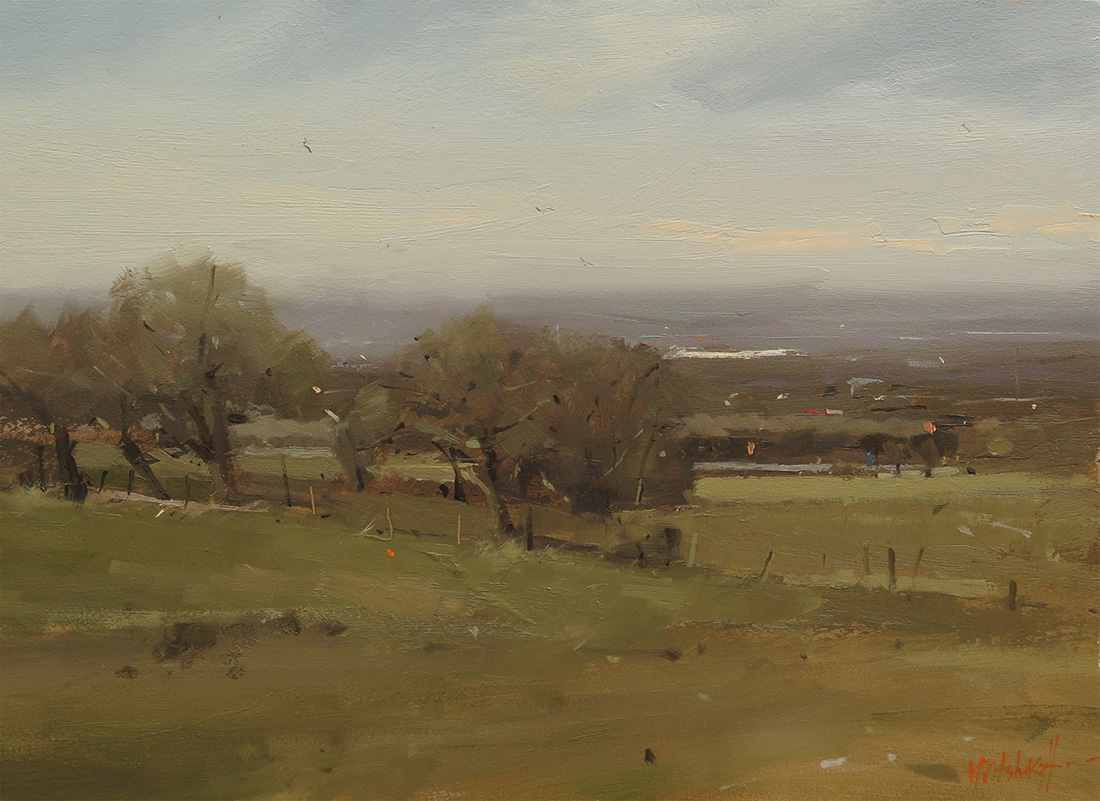 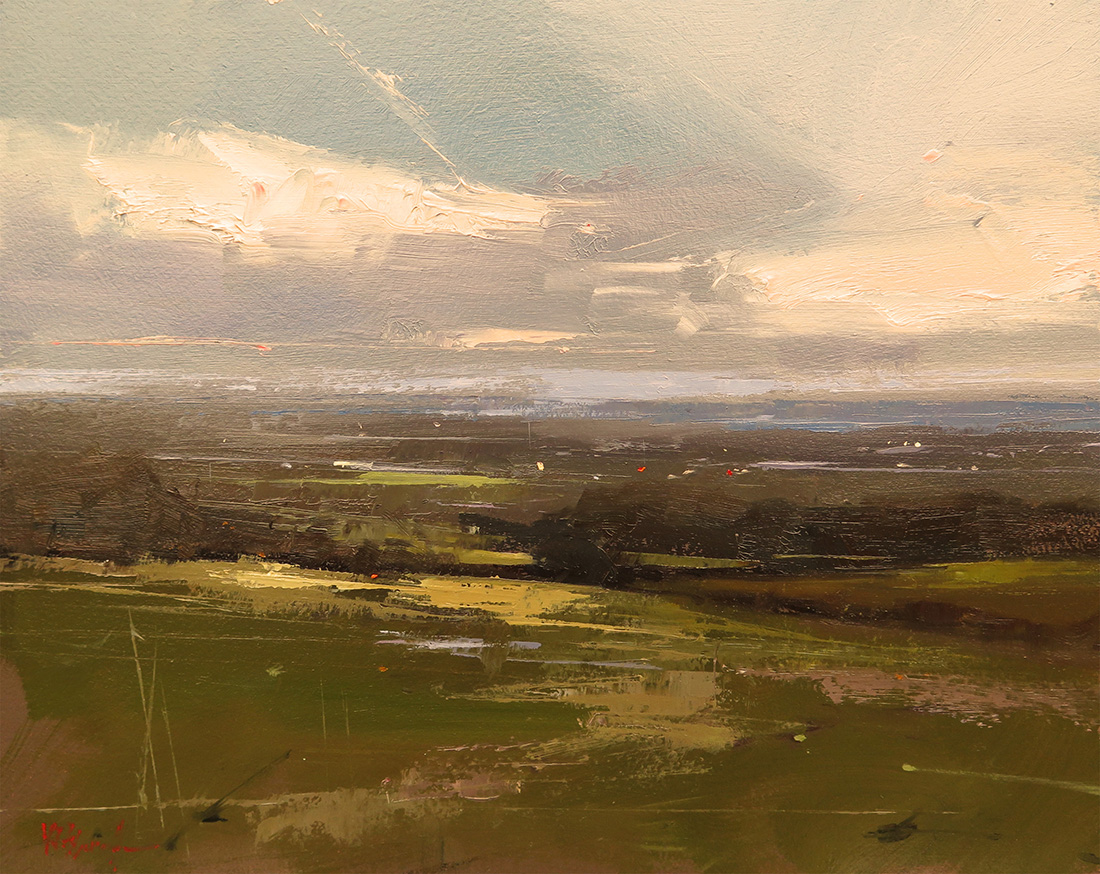 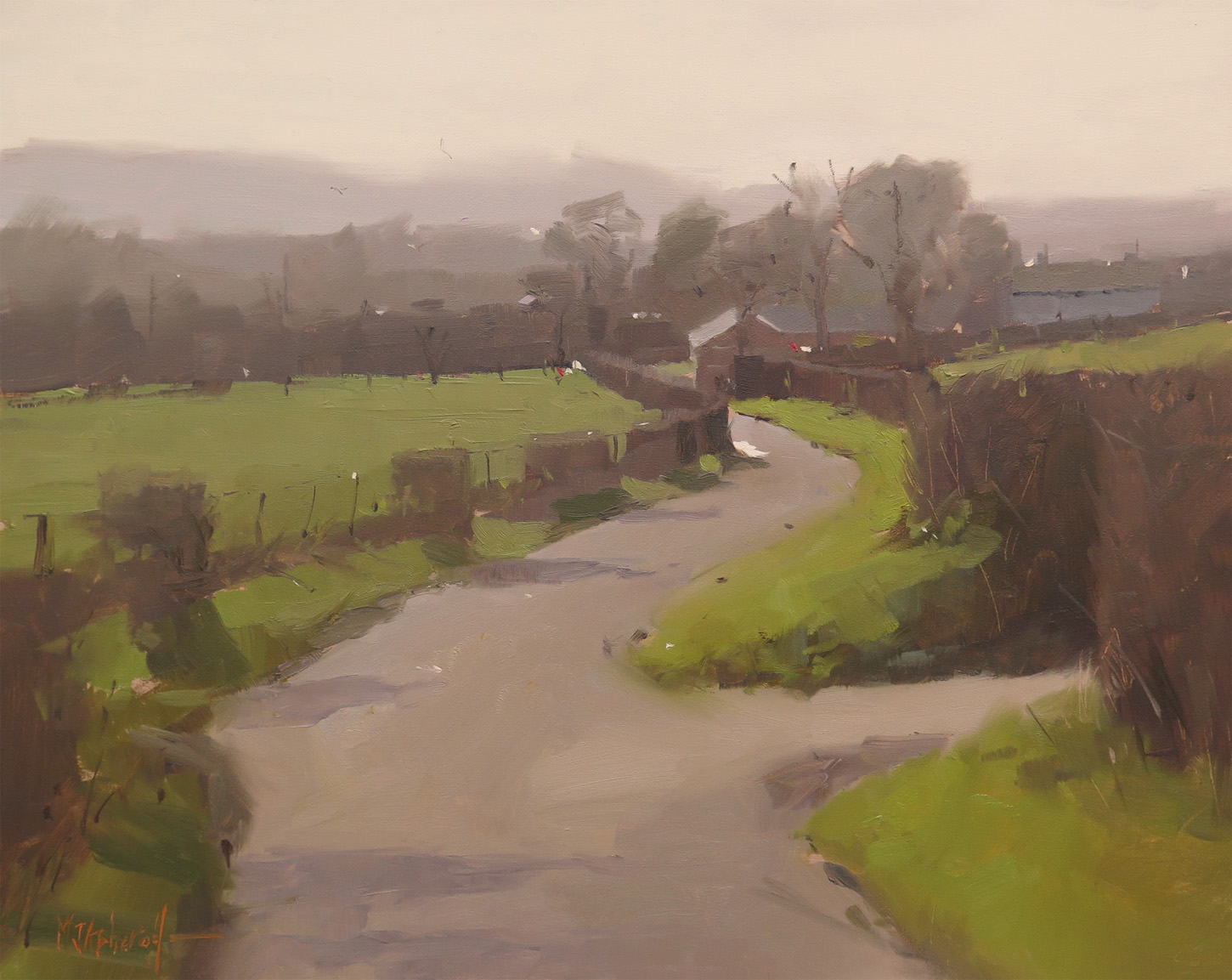 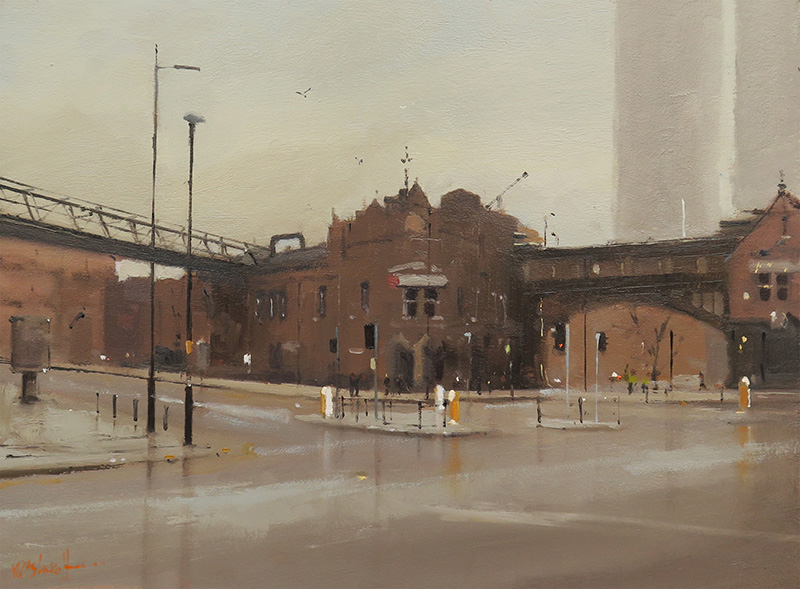 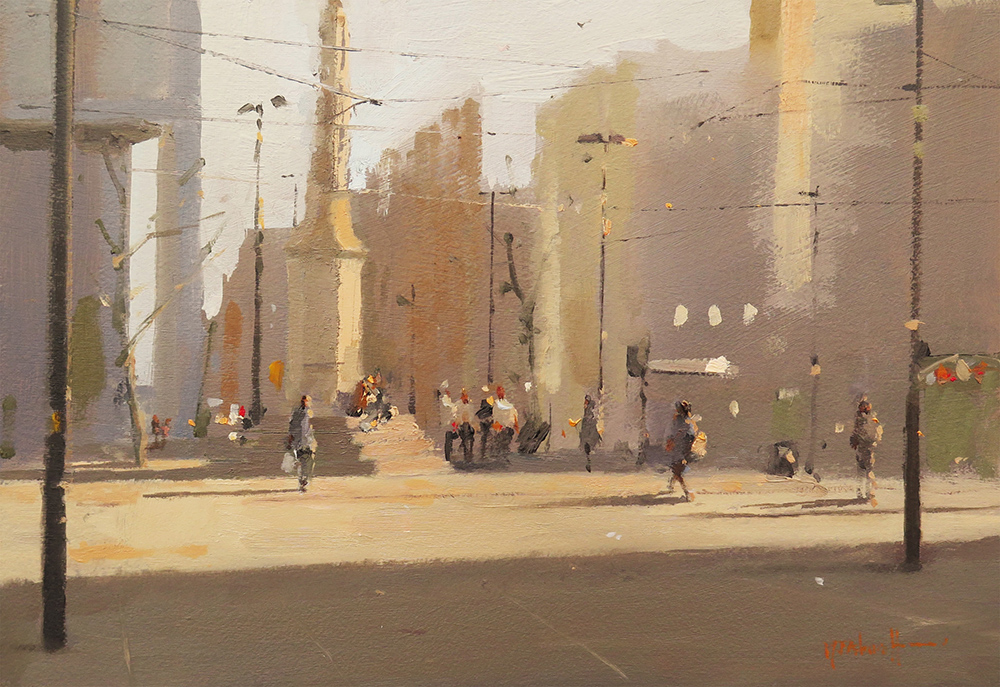 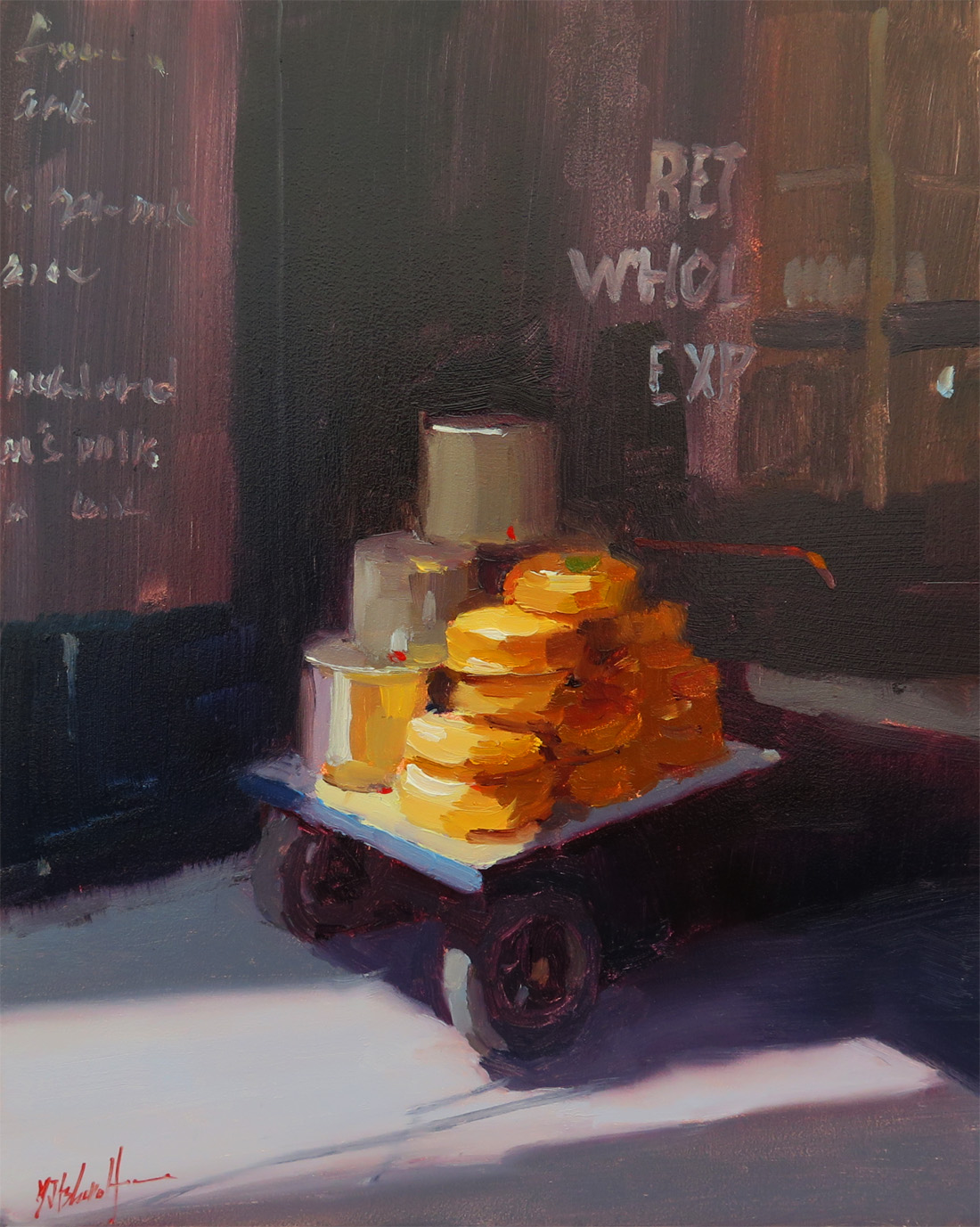 The Brink of Autumn 7x16 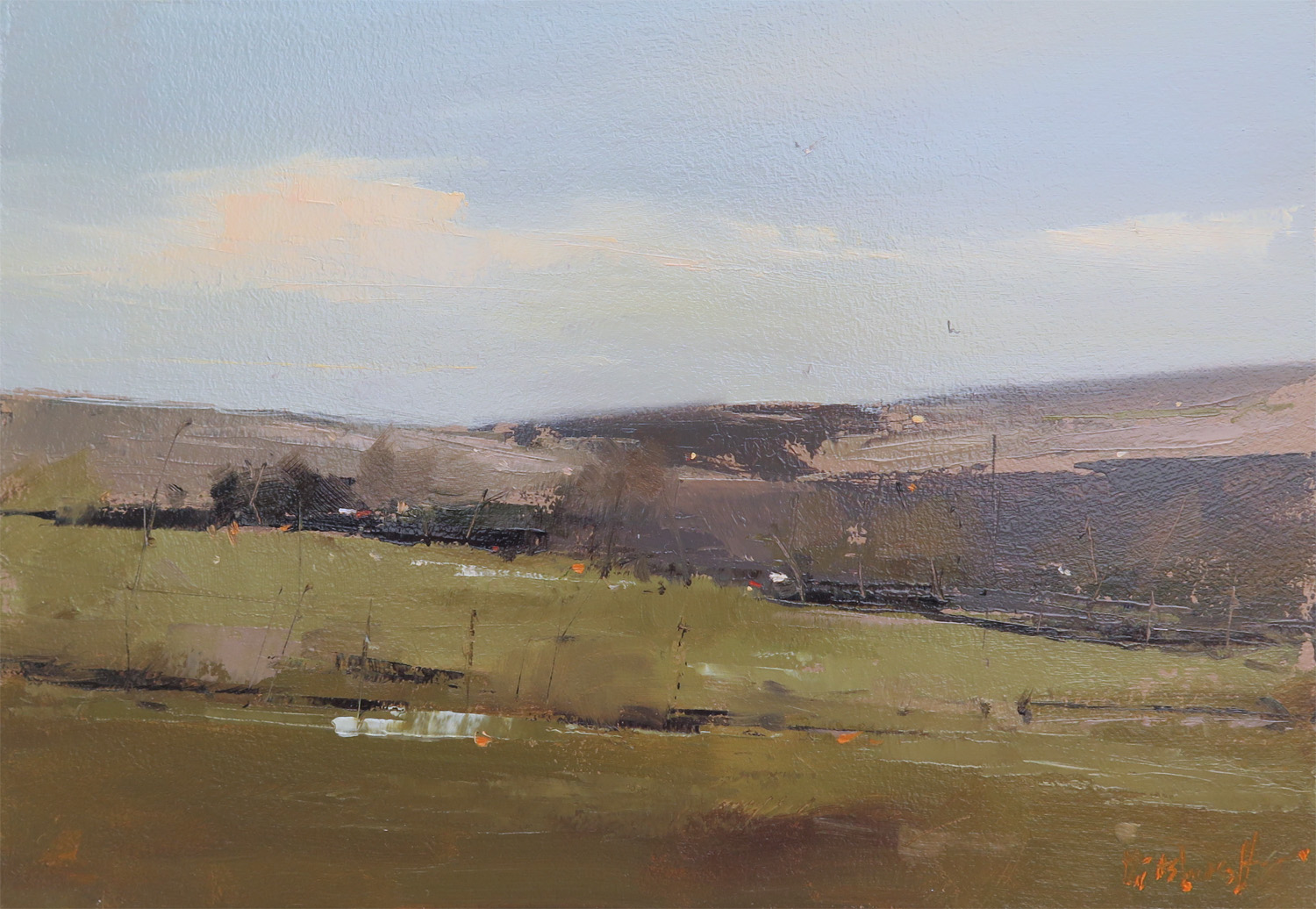 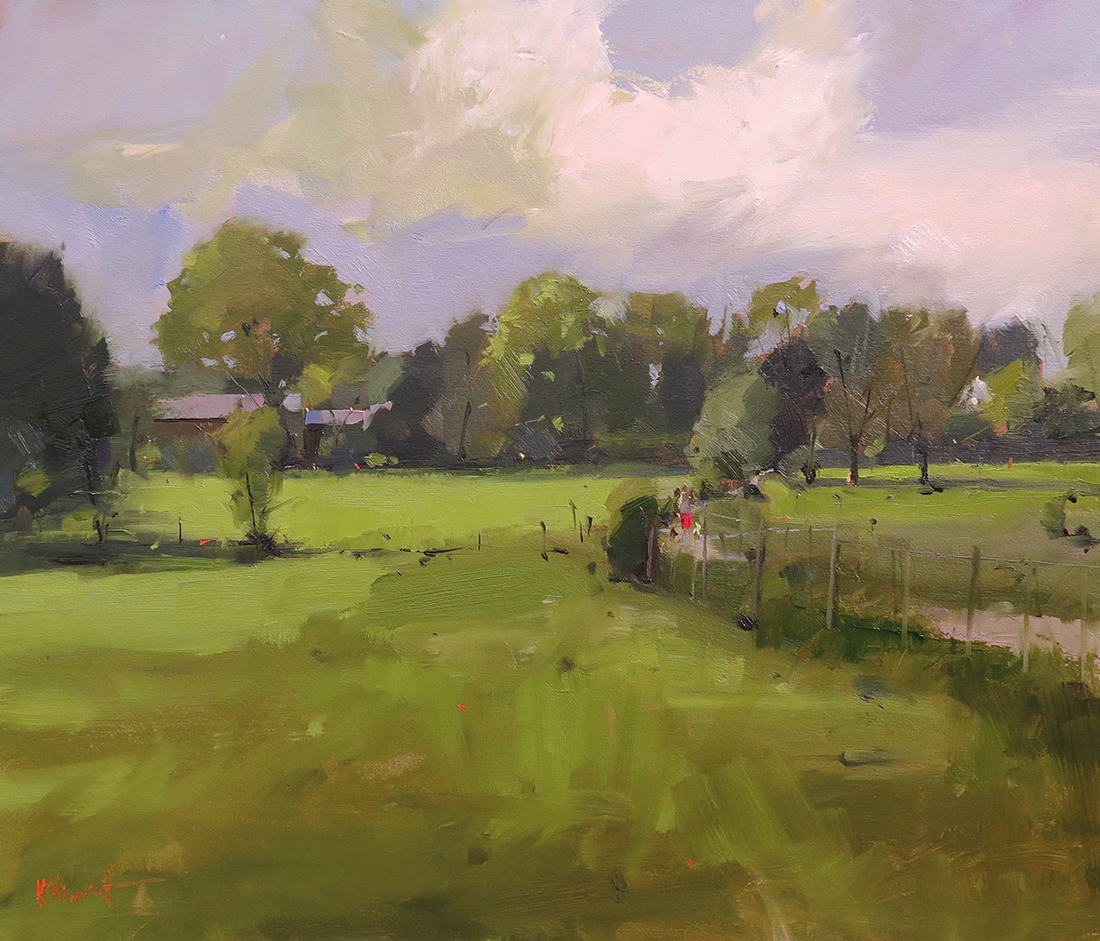 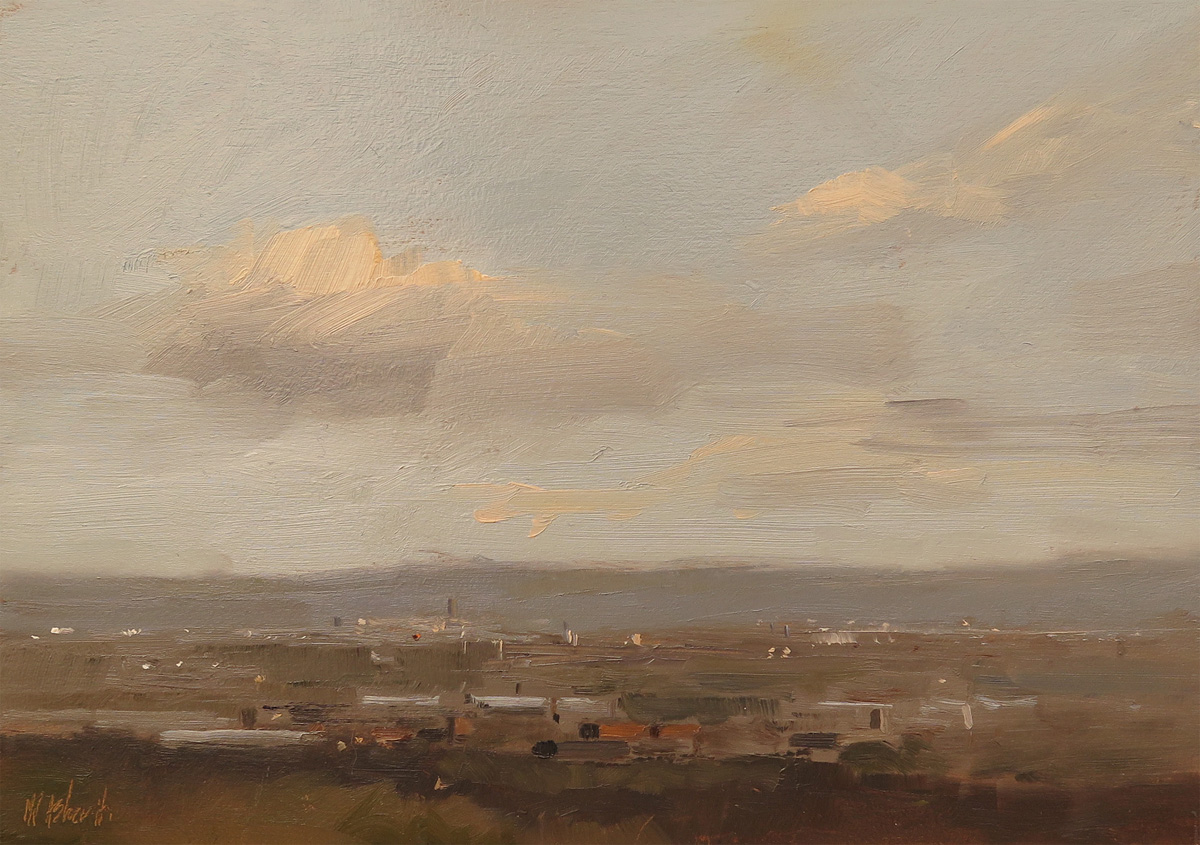