News, Events & Exhibitions > News & Events
The ROI 2019 annual show opened to a packed private view on Tuesday 26th November. Many congratulations to the all the prize winners at this year’s outstanding annual ROI exhibition. 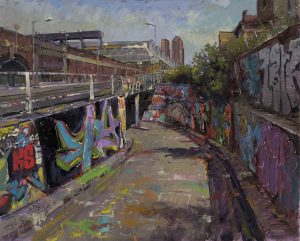 The Le Clerc Fowle Medal  – Luis Morris ROI for his works in the exhibition and in memory of Anne Le Clerc Fowle. The work shown below is titled ‘Ada’. 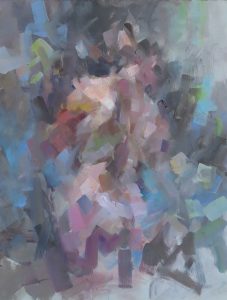 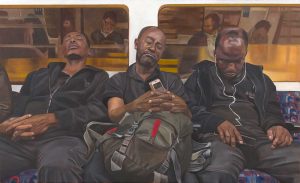 ‘The Napsack’ by Sue Spaull 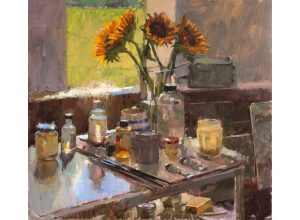 ‘Sunflowers in the Studio’ by Haidee-Jo Summers ROI RSMA 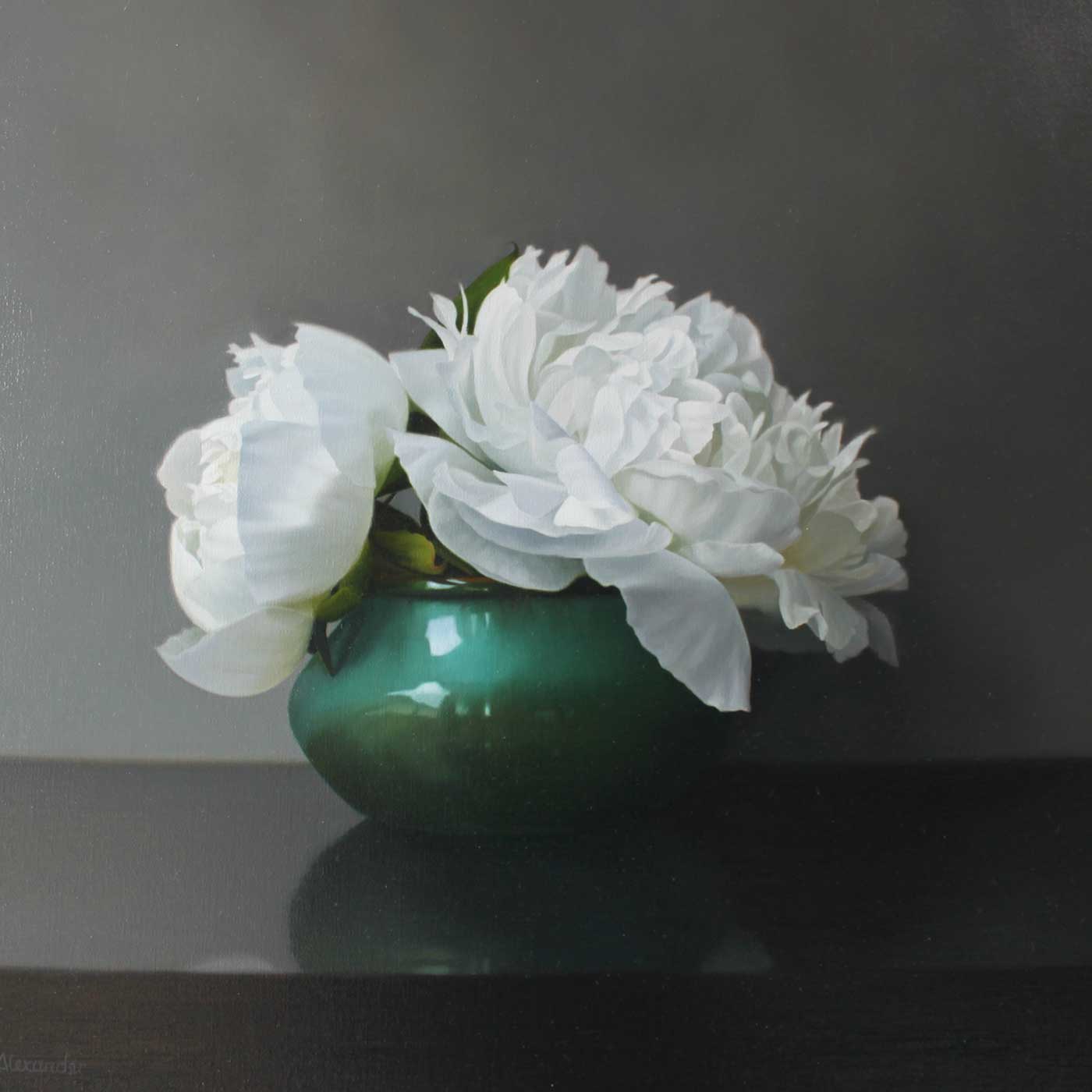 ‘White Peonies in a Green Bowl’ by Linda Alexander ROI 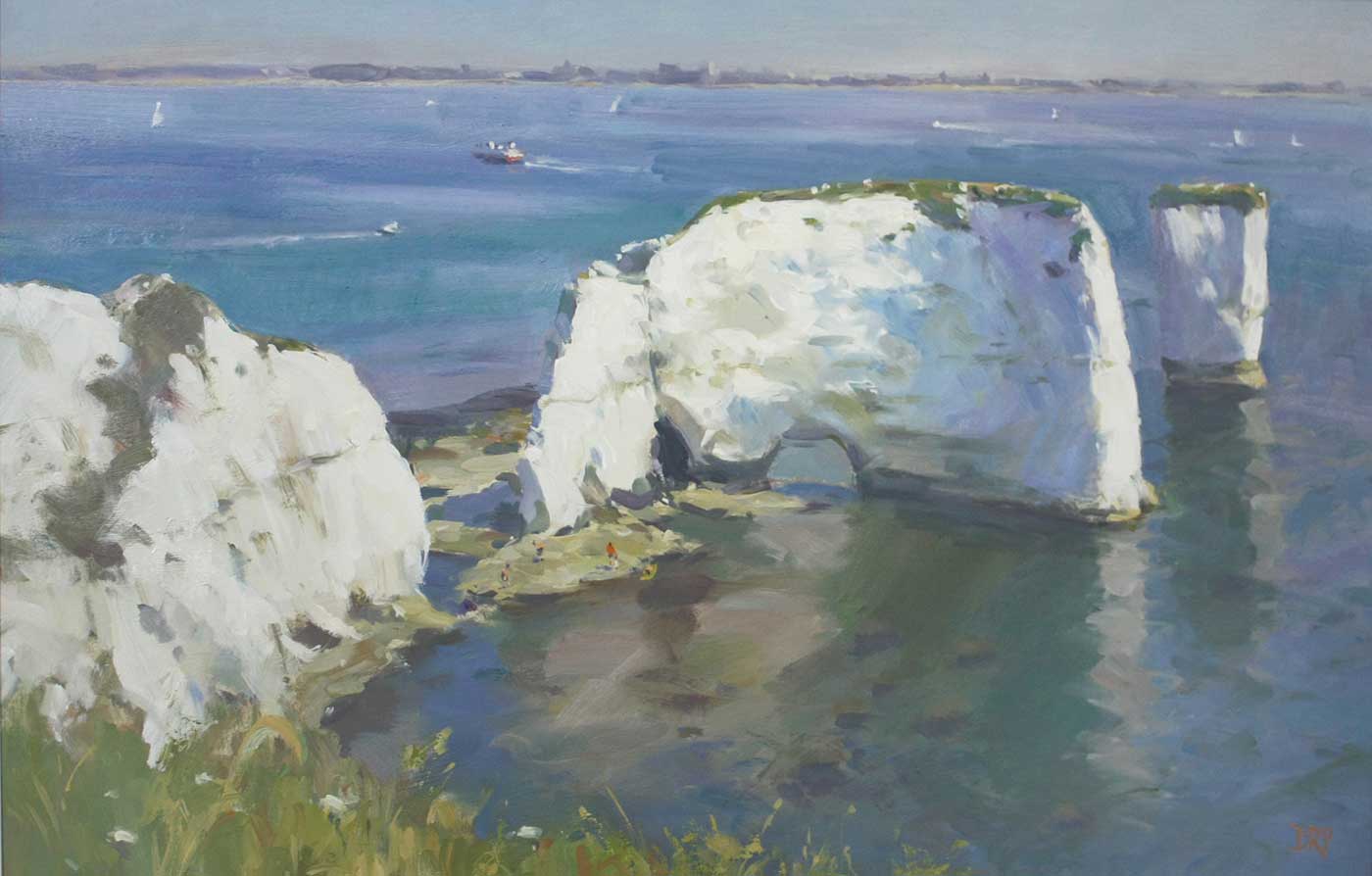 ‘Old Harry and the blues’ by David Pilgrim ROI 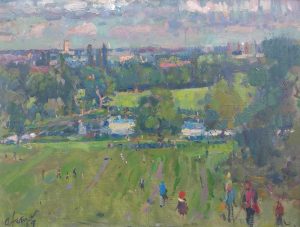 Winsor & Newton Non-Member Award – Jennifer Anderson has won the Winsor & Newton non-member award for her work ‘Drinking Her In’. The award is £150 worth of art materials for the most outstanding painting in the exhibition by a non-member. 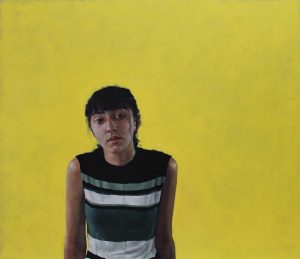 ‘Drinking Her In’ by Jennifer Anderson 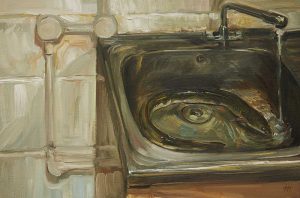 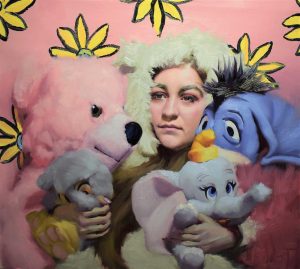 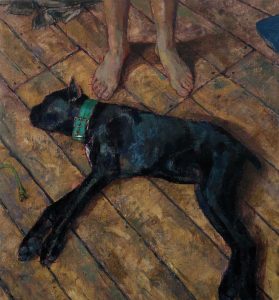 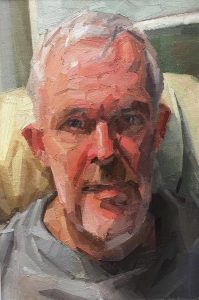 The Small Painting Prize – John Dobbs NEAC SWLA wins this award, open to members and non-members, for the best small painting on display. 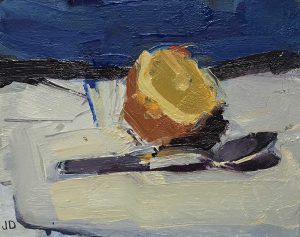 ‘Lemon and Spoon’ by John Dobbs

The ROI Emerging Artist Prize – Ruth Fitton wins a £250 Prize and the opportunity to spend the day with one of the Institute’s members, for an artist aged 30 or under for her painting ‘Nymphs (Diptych)’.

The Tony Merrick Memorial Prize – Amanda Coleman wins this award in memory of the late Tony Merrick ROI (1948-2018) for her painting ‘Milk Jug and Mantelpiece’. 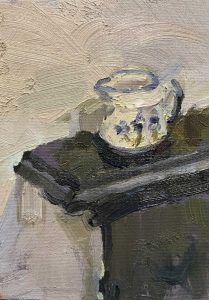 The Art Academy Portrait Prize – Theo Taylor wins the opportunity for a student at The Art Academy to have their work included in the ROI Annual Exhibition. Theo is a stage 2 Contemporary Portraiture Student and wins the award for his work ‘Mother of Six’. 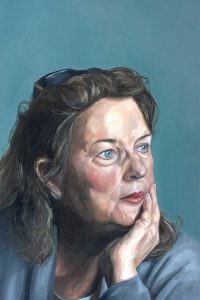 ‘Mother of Six’ by Theo Taylor 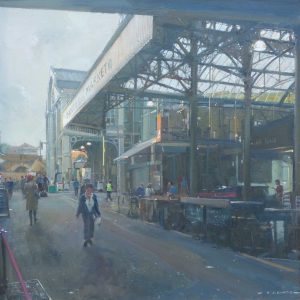