June Mendoza ROI has had a busy painting year and outlines some of her recent artistic activity with notes that provide a fascinating insight into her current practice.

The year started with a full day audience demo during the ROI annual exhibition at the Mall Galleries, with a musician friend, his double bass (and hat!) as our splendid model. The year has included the usual variety of subjects, not least of which was an extremely happy cooperative time painting a full length of Prima Ballerina, Leanne Benjamin, which included intensive work and a lot of laughter! 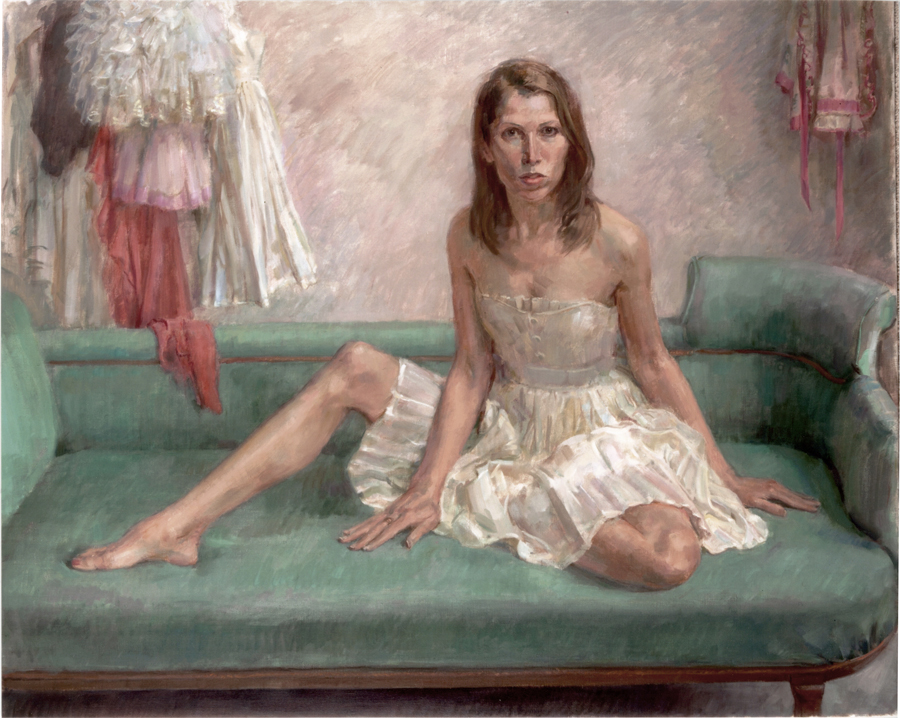 There have been several quickies with small canvases, life size and oil heads which I do for highest bidder at charity auctions. Another joy and an addition to my series of musicians (about 85 to date) was a double portrait of Andrew Keener (Recording Producer), and Peter Avis (Music Writer). This picture was subsequently shown at the annual RP exhibition along with two other canvases. One of these was the striking, red haired Mistress of Girton College, Susan J. Smith, which I painted at the College. The other, miraculously just completed in time, was of the revered conductor of the Academy of St. Martin in the Fields, Sir Neville Marriner, who died so suddenly recently (but who lived in my dream house in Devon). 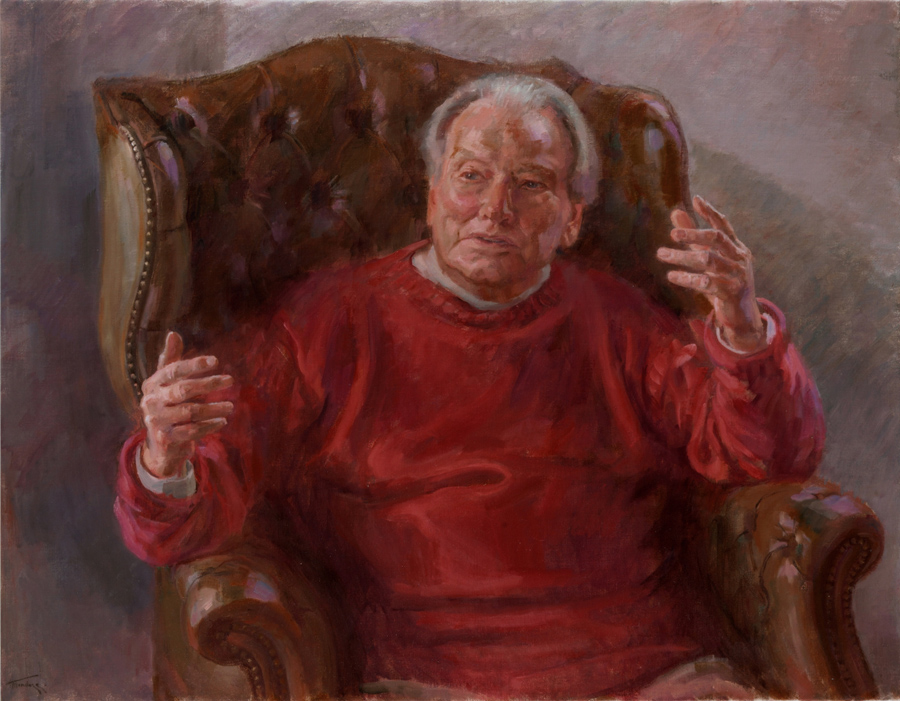 Two commissions have just been finished – a family of eight plus dog, cat, garden, afternoon tea, and local bridge! Also a second portrait for the Royal College of Anaesthetists of their current President

Also, another I have just started is the first onslaught on an informal portrait, in his red braces, of conductorSir Roger Norrington, for which I hurtle down to his warren of a house, high on a hill with truly magnificent view in the wilds of Devon. In 2 weeks, again spurred whilst working with delicious music, we are due to tackle the crucial final sessions. In the offing are portraits to do of a composer, a couple of charity jobs, and a film director.

I think it’s fair to say it’s been a productive year of painting for June!