Naomi Alexander ROI has recently been working on a creative project that focuses on coercive control within marriage. As part of the project, Naomi has made over 120 images on her iPad and intends for these to be published as a book that is yet to be titled.

“These pictures are based on my life and the effect it has had on my daughter.” (Naomi Alexander)

Naomi has also produced two large oil paintings based on these images, including ‘Georgia hiding behind bottles’ 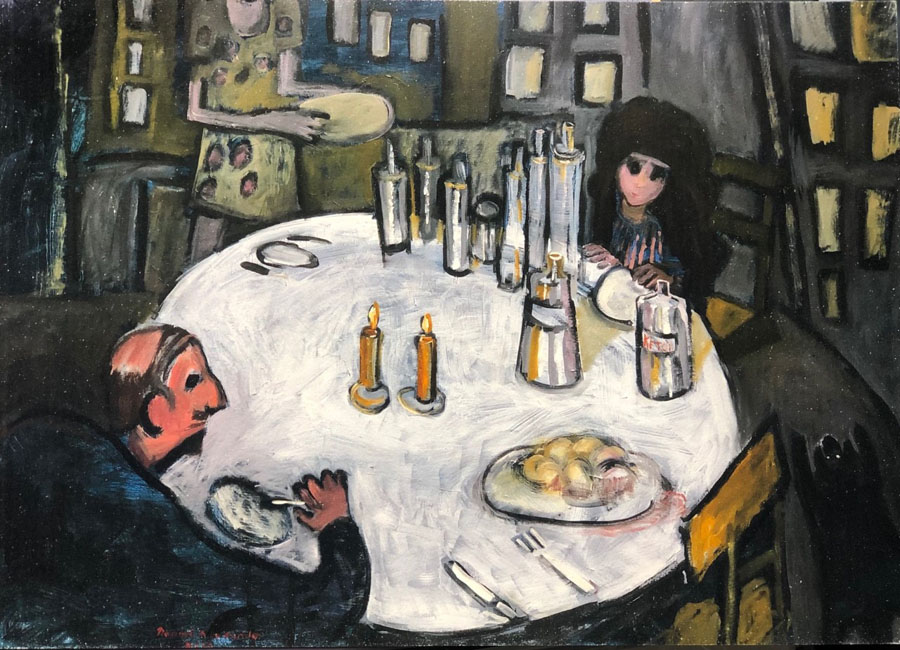 A selection of the iPad works are shown below. 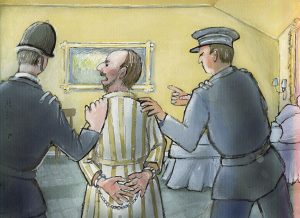 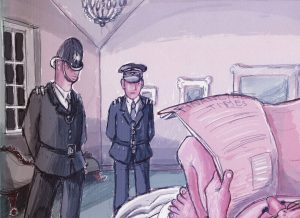 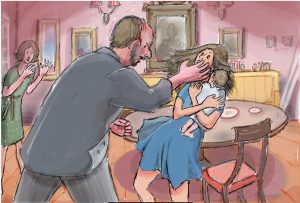 44a. I really can’t understand what Georgia must have done to deserve that....I suppose there is a reason! 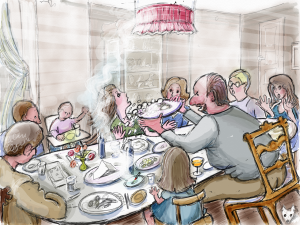 43.Lunch at Georgia’s house...I said “please can you pass the potatoes” well, he defiantly passed them....all over me! 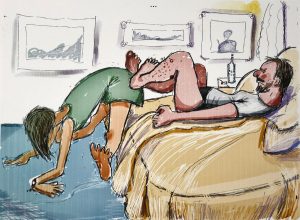 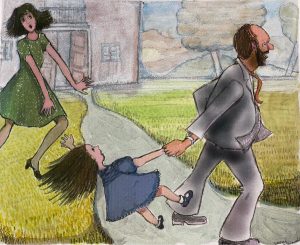 25. Georgia is snatched away 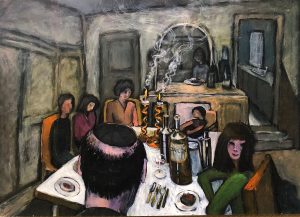 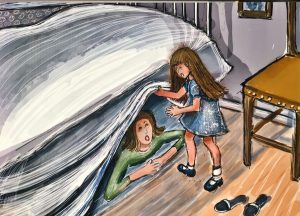 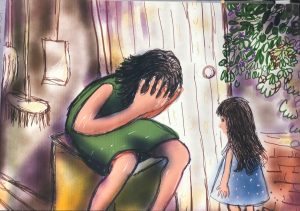