Luis Morris ROI has been busy working over the last three years on a project for the All-England Club, Wimbledon, to record the rebuilding of Number 1 court to add a sliding roof.

Luis describes what he has been up to:

I did something similar for them with Centre Court over ten years ago, but thought they had forgotten about me so it was a lovely surprise when the Wimbledon Museum got in touch in early 2017.

The first two years involved drawing No. 1 court at various times of year, and at different stages of its makeover, for which I used Biro and Pastels. For the last part of the project in 2019, I was asked to do a painting of the celebration of the finished structure which took place in May. I was also given a ground pass for the Championships themselves and during the fortnight did a final biro drawing of Court 1.

In addition, as part of my project as Court 1 Artist, I painted the crowds on Henman Hill on a sunny Friday evening, watching the big screen on the side of the stadium. Created from the earth removed when Court 1 was originally built, Henman Hill is loved by fans as both a picnic space and an open air theatre. 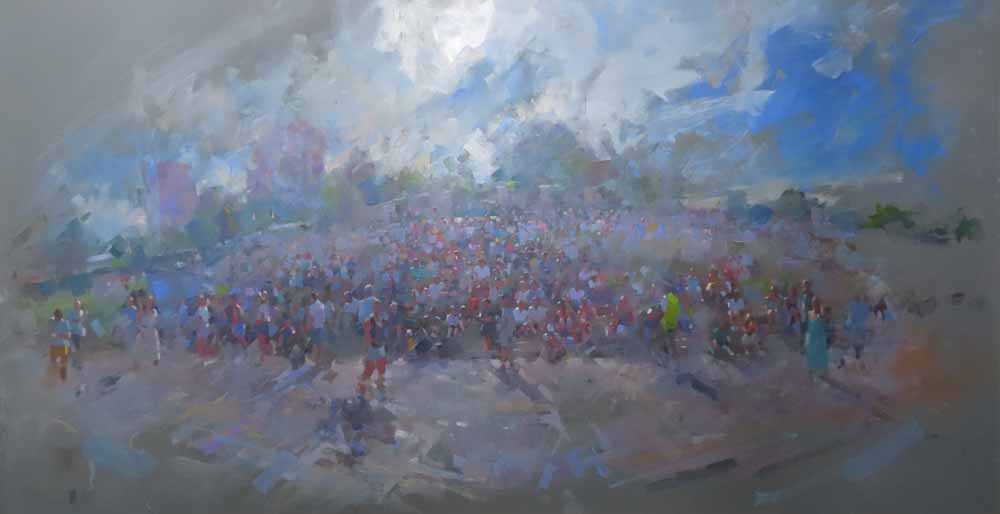 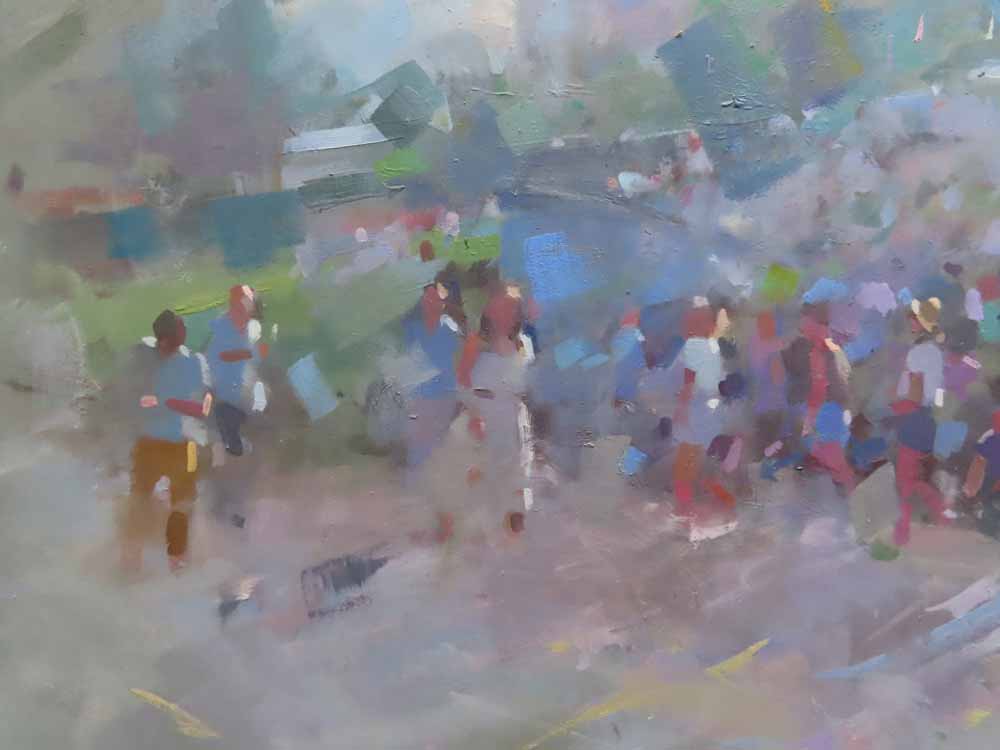 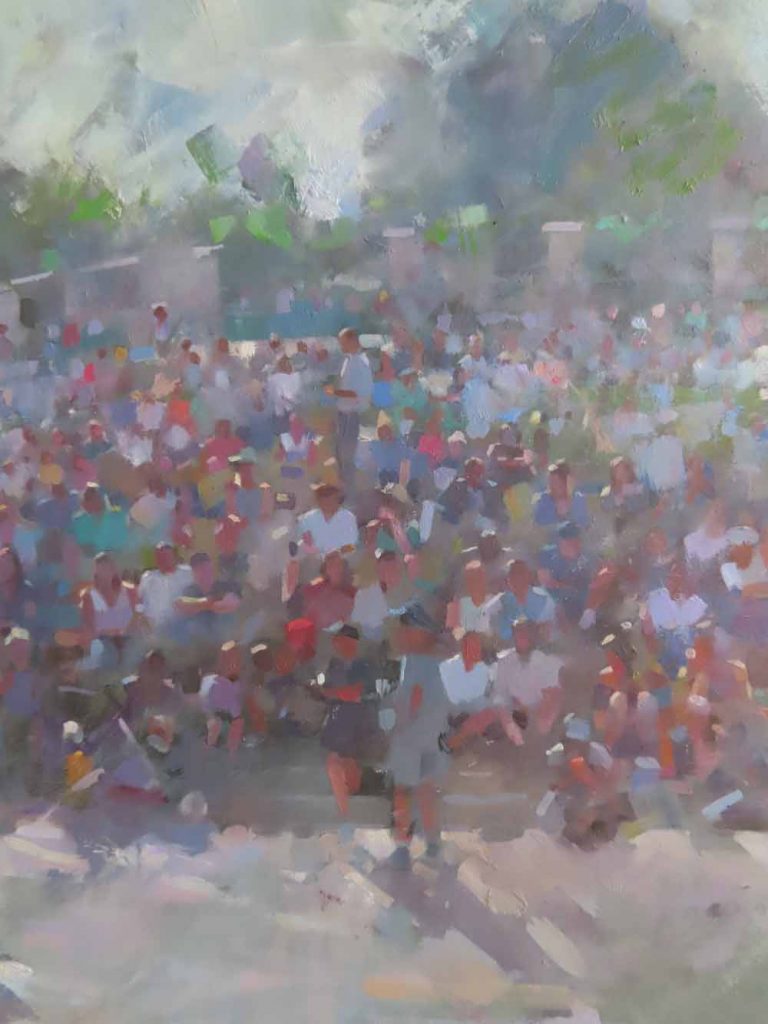 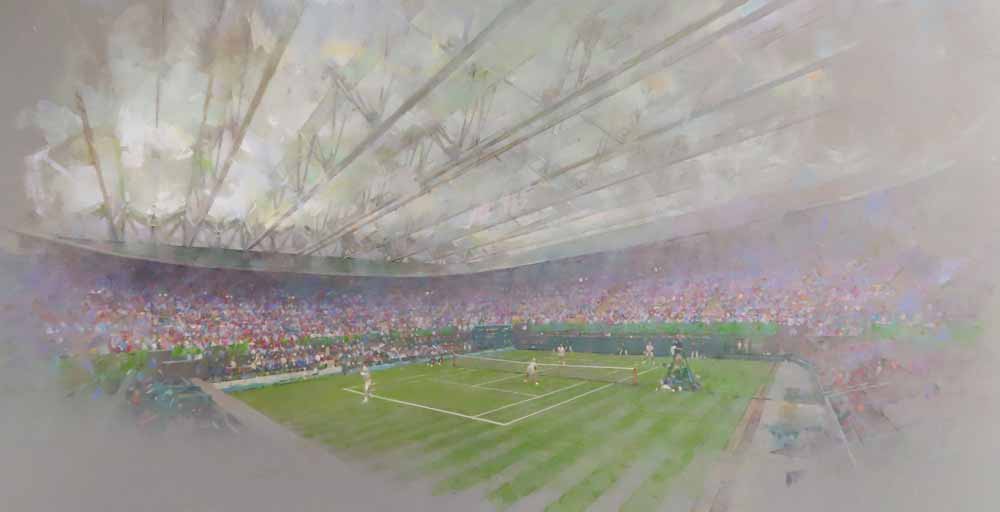 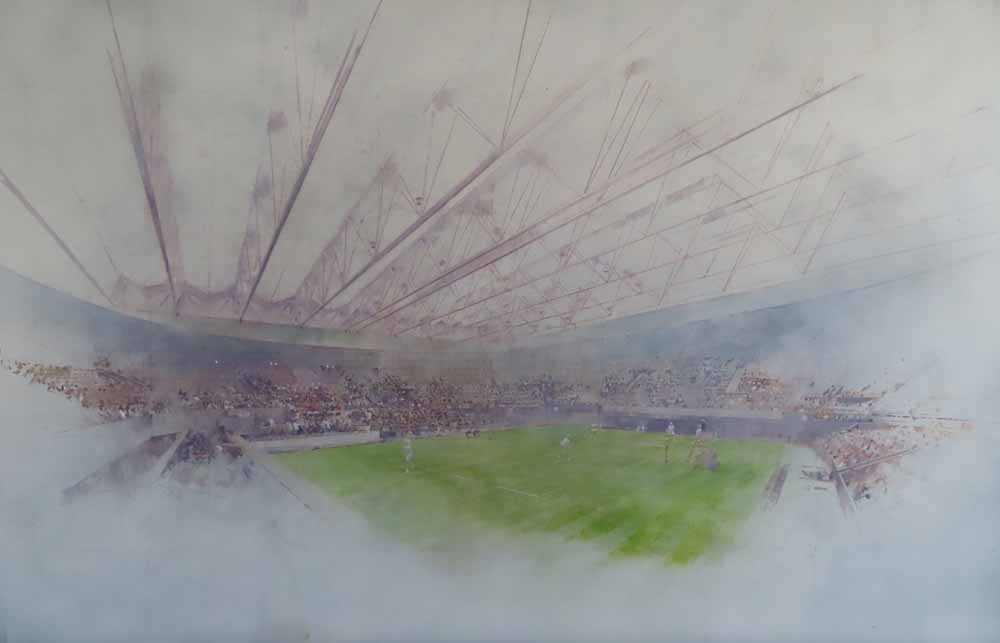 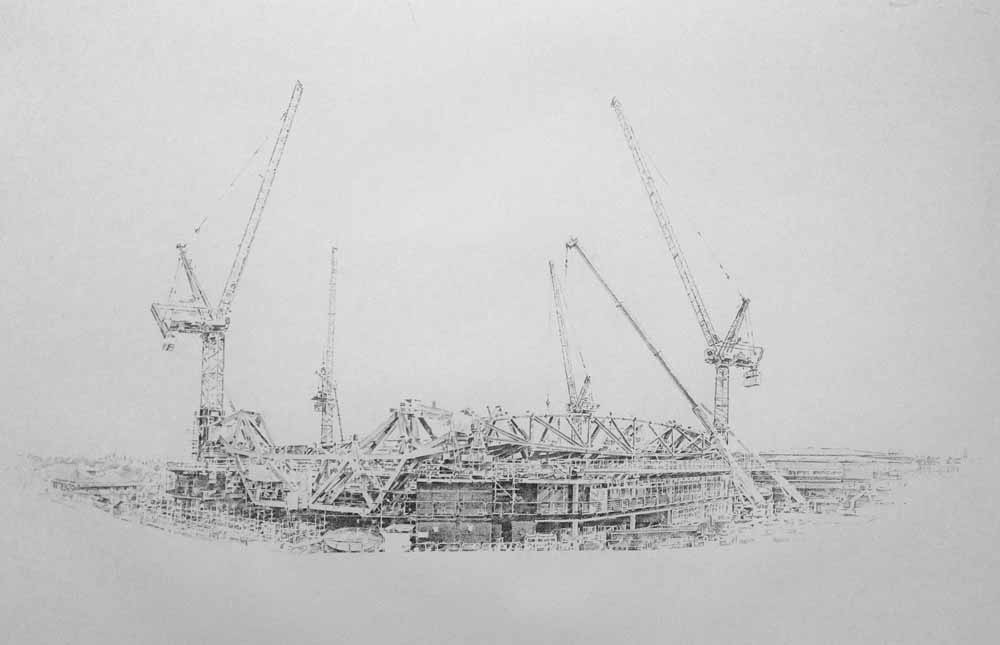 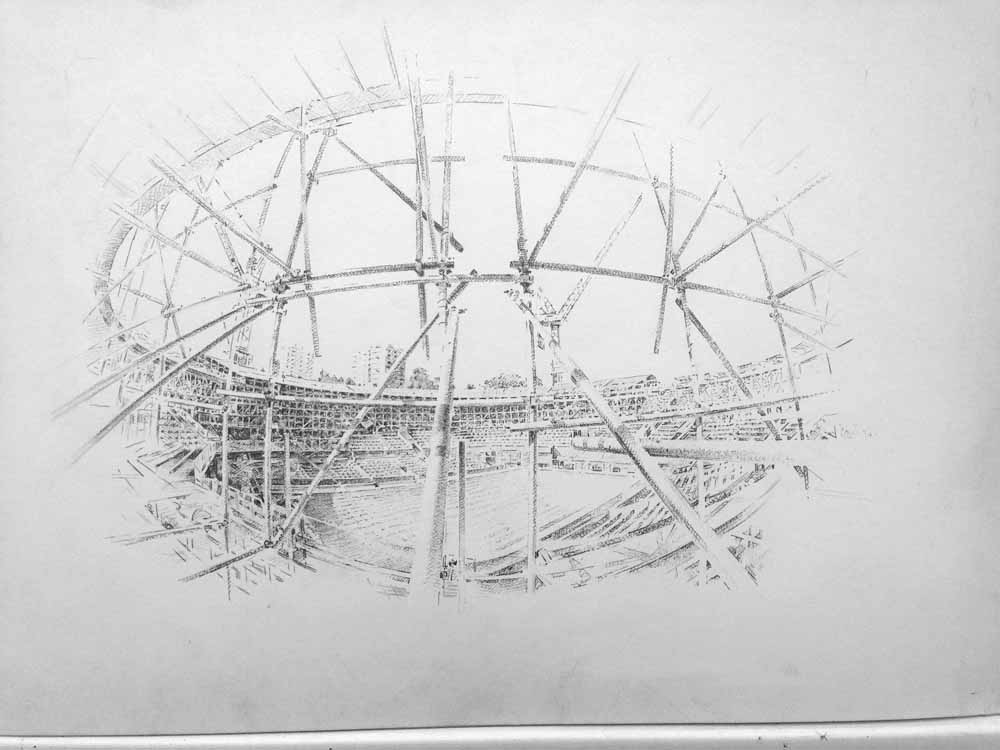