The Royal Institute of Oil Painters and Mall Galleries are hosting some great online events and articles which will allow you to discover more about the current exhibition and some of the ROI members.

Video tour of the exhibition with Peter Graham ROI

A modern tradition of the Royal Institute of Oil Painters Annual Exhibition is the guided tour by member Peter Graham ROI, given every year around the galleries.

However with this year’s exhibition being exclusively online, Peter has been able to provide a wonderful tour via video which is available to view at here on YouTube.

In the video you’ll see Peter talk about eighty of the works in this year’s show, including paintings by long-established ROI members as well as pieces by non-member artists selected from open submission.

Peter Graham is one of Britain’s foremost Modern Colourists and a member of the Royal Institute of Oil Painters. His own work is related to the modern Scottish school of painters, but Peter has a flamboyant style which is unique – detailed brushwork combined with looser fluid strokes creating vibrant contrasts of pure colour, line and tone. Peter lives and works in Glasgow. 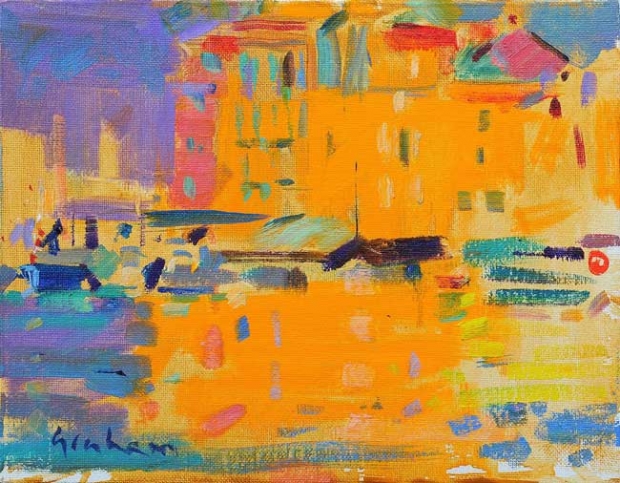 Inside the Artist’s studio 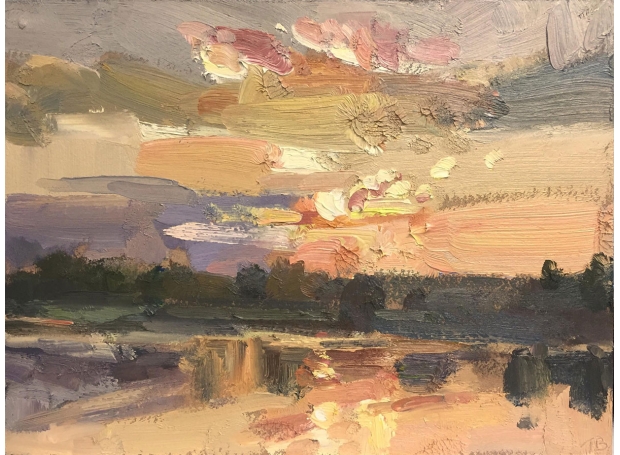 Visit the Mall Galleries website on December 16th at 2pm to see videos of ROI members in their studios!.

Educated at Glasgow School of Art and Byam Shaw School of Art, Tim has received recognition with his election as President of the Royal Institute of Oil Painters. As a practised figurative artist Tim not only creates a distinguishable likeness of a subject but moreover evokes the sitter’s character and mood. He is never satisfied with simple representation, rather concentrating on bringing to his work an emotive and often visceral quality.

David Curtis ROI VPRSMA, member of the Royal Institute of Oil Painters and Vice President of the Royal Society of Marine Artists.

David’s paintings are based on careful pictorial judgments and an acute awareness of the role light plays in the development of atmosphere and visual drama. His highly structured sense of composition, his painterly and imaginative approach all combine to produce pictures which are incisive, dramatic and visually hypnotic.

Adebanji’s work is all about people and places. He strives to bring the force and power of the sketch into every piece he embarks on. Adebanji is a strong believer in sketching and he believes everything in art starts with a sketch, so, in his work you’ll always feel the power and sense of a captured moment. Adebanji works from life and from photo references but the mission is the same – to bring a lively sketchy feel to the completed piece.

More members will be added, so watch this space!

Adebanji works directly from life or from photo references. He paints directly without building up successive layers of paint. He paints shape by shape, a technique he calls inside-out, in which the painting is embarked upon from a spot inside the workspace and he spreads out, still working shape by shape until the whole piece is complete. Adebanji also works from broad shapes to details, a technique he calls outside-in, where the painting starts off with broad strokes to cover the ground and then finished off with details on the inside.

Adebanji mainly works with oils but he uses acrylics, watercolour, pastels, coloured pencils, charcoal and graphite and he also loves to combine these in mixed media works too.

If you would like to draw or paint along, please share your work with us at @mallgalleries

Reflections from the Artists – blog series

In parallel with this year’s them of ‘Reflections’, members will be adding their own reflections on the exhibition and thoughts on their own art practices. You can view all of these as they are added onto the Mall Galleries blog during the exhibition and a couple examples are already in place from ROI President Tim Benson, Lucy Mckie ROI and John Walsom ROI. 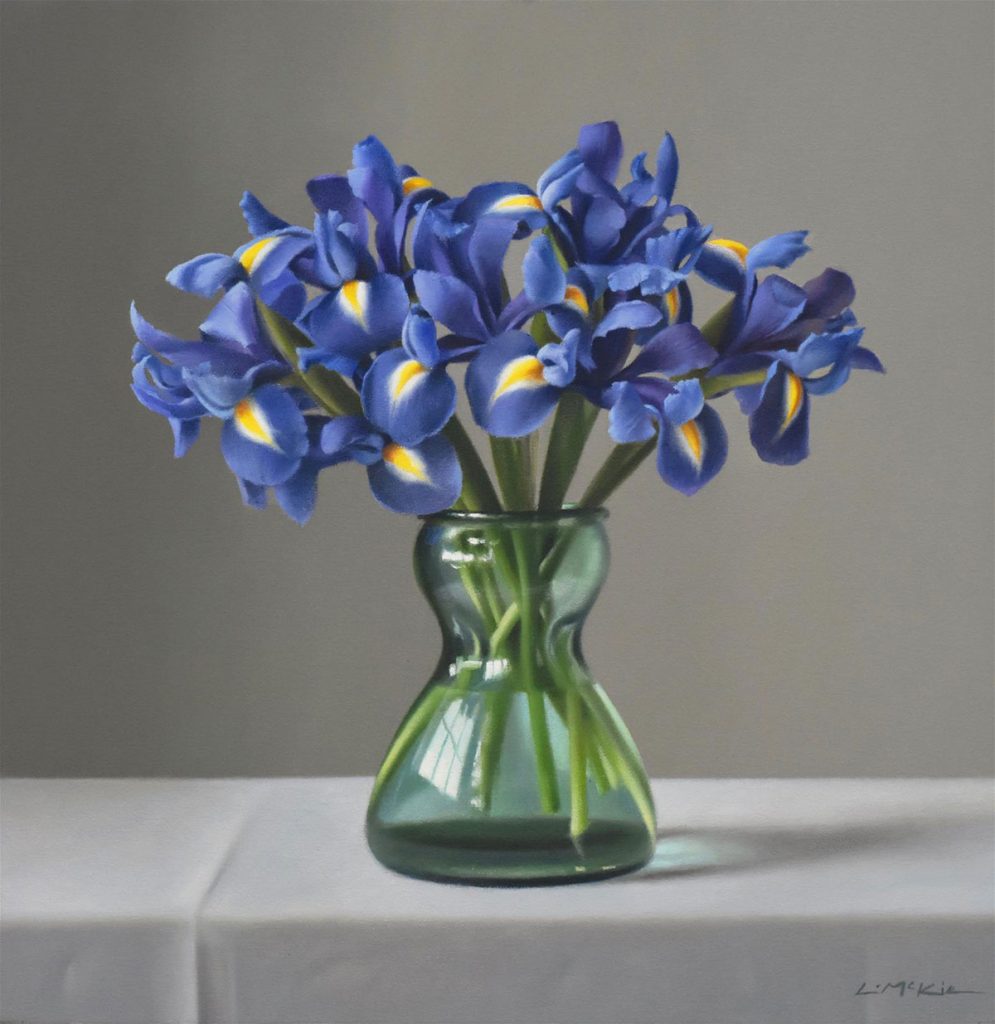 ‘Irises in a bulb vase’ by Lucy McKie ROI